The London Bridge mayhem, coming on the heels of the Manchester murders, sicken the heart and pain the soul. Is there an adequate response in the individual? Yes, though it means seeing beyond Western propaganda and changing our attitudes about terrorism at an emotional level.

Every time one of these horrors occurs, the refrain in the media is, “we won’t let it change the way we live.”

That inane counter-narrative to the blood-spattered tactics of the murderers reached a new level of meaninglessness in the aftermath of vehicular homicides and knifings on and near London Bridge.

A picture went viral of fellow trotting away from one of the establishments under attack carrying a half-full glass of beer.

As the Mirror in the U.K. intoned, “Three men mowed down pedestrians and then ran at people with 12-inch knives, slashing the faces and stomachs of by-standers…[but] there is also an attempt to show that Brits will not bow to terrorists or have their lives changed in any way.”

“British people are so proud of him for showing that good old Blitz spirit.”

It’s disgusting to compare the refusal to “change in any way,” with the valiant response of Londoners to the Blitz, when the Nazis rained bombs down on the city.

People have become so benumbed by random acts of unspeakable cruelty that they won’t spill a beer much less a tear over it.

There are two escalating vicious cycles happening in the West. The first is that by going along with the propagandistic narrative that the terrorists are “attacking our way of life,” we accept that our way of life is right and good and double down on it. That only increases the hate on both sides.

The other vicious cycle is just as pernicious. Increasingly, as they were in Manchester and London, the attackers are “homegrown terrorists”—young Muslim men raised in the West but totally alienated from Western society.

They are radicalized by various means, which often includes traveling to the Middle East and witnessing the travesty and tragedy going on in Syria and other places. They then become targets of surveillance on their return, which, combined with the prejudice Arabs now routinely endure in the West, deepens their alienation and anger.

More and more are striking out with horrendous acts of violence against the entire society in which they feel trapped and targeted. That increases the prejudice and pressure of surveillance, and the vicious cycle escalates.

Britain’s Theresa May’s says this kind of thinking shows “far too much tolerance” of Islamist extremism.” That’s a lie.

A woman with authoritarian tendencies who coddles up the most powerful authoritarian in the world today, Donald Trump, has no credibility on dealing with terrorism.

Placing the locus of terrorism in one region and on one group, even one as vile as ISIS, has resulted the exponential increase in terrorism.

Think back before George W. Bush’s self-fulfilling prophecy of invading Iraq by declaring a “global war on terrorism.” Suicide bombers and attackers were rare, but became commonplace as an “asymmetrical” tactic by the insurgents. It then spread like a virus globally. 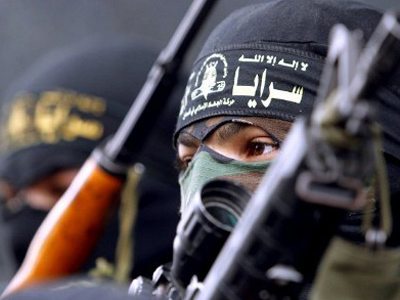 Indeed, global terrorism is virus, and you don’t eradicate a virus by bombing it and declaring war on it. The locus of evil is not in Raqqa anymore than the locus of smallpox was Europe in the Middle Ages. (Once smallpox spread to America, it wiped out upwards of 70% of the indigenous peoples, most before any contact with whites.)

The humanitarian disaster unfolding on the heads of 100,000 children trapped in Mosul is not “over there.” The “over there” mentality is heartlessly stupid. Terrorism, like mass murder generally, can and is happening anywhere and everywhere now.

A few days ago there was another mass murder in Orlando Florida by a “disgruntled ex-employee,” who slaughtered five people. That’s the same city where the Pulse nightclub massacre took place.

At the emotional level, no one can distinguish between acts of personal mass murder, so common in the United States, and acts of ideological mass murder? And it’s almost become a distinction without a difference at the political level, since the two streams of extreme alienation and rage are now flowing together.

Mass murder has become an emotional and spiritual attack on the human spirit by the darkness and evil generated by the human psyche.

The way to dispel darkness and evil is not to pigheadedly refuse to change in the face of it, but to reflect, learn and change. Because deny it as much as you want, all this shit is changing us.

Interview with the Band “Fresh”

The Gran Hotel Costa Rica To Get Facelift