Interview with the Band “Fresh”

Costa Rica News – Question: How did Fresh get started? 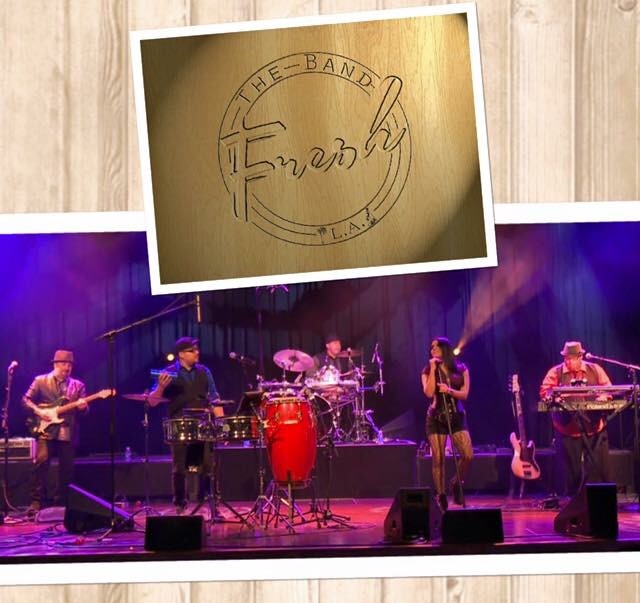 Answer: Fresh was founded by Gabriel and Anthony Goss (Brothers) as a temporary band they had to put together for the USO Tour to Iraq for the troops. The band had such a great reception that they decided to continue pursuit and book other venues. They haven’t looked back since.

Question: Please introduce everyone in the band and what is their position with the band?

Answer: Gabriel Goss is our boss and drummer. Anthony Goss is his brother and guitarist. Juan Corona is the man with 100 talents, he is on Bass, Keyboards and Vocals. Melissa Campos is our lead vocalist and I’m her brother Art Campos on vocals and percussion.

Question: How did you start getting gigs at casinos?

Answer: Well since the band did so well during the USO Tour, several booking agents took note and began hiring the band for various venues including the casino circuit. To this day, The Band Fresh is a casino favorite especially in Northern California.

Question: What are some of the songs that Fresh plays for the audience?

Answer: We take pride in performing multiple genres such as Rock, R&B, Country. It’s especially important since places like casinos always have a diverse selection of people. With that said, we always fill the dance floor when we play Cumbias and Salsa. For some reason, we always get a great response from latinos and americans alike when it comes to playing latin music. It’s so contagious i guess!

Question: How does everyone in the band Fresh know each other?

Answer: Well 80% of the band is related some way or another. Two sets of siblings and one bassist. haha. Melissa my sister joined the band about 5 or 6 years ago and about 3 years ago, I joined the band since I had quite a latin background performing for various Salsa bands in LA. Gabe wanted to change the direction of the band more towards the latin side and it was a good idea since that is our most popular genre.

Question: This weekend you are playing Cache Creek, where else do you play at?

Answer: Besides Cache Creek, we also perform at Red Hawk Casino in Placerville, CA and we’re trying to land in Thunder Valley Casino. We have also performed at various fairs and city festivals. Most recently we performed at the Contra Costa Fairgrounds in Antioch and a 5 de Mayo special performance for the city of Tracy which we had a blast. But we don’t just perform up here, we also do our shows in many other casinos in Southern California, Nevada such as Reno, Laughlin and Vegas, Arizona, Utah, Seattle, and Texas. Needless to say we keep busy playing and the fans keep busy dancing!

Question: During your tours, have you ran into any celebrities?

Answer: We have had the pleasure of sharing the stage with many talented and amazing artists such as Michael Bolton, Little Joe, Tower of Power, Ramon Ayala, Alejandra Guzman, Stevie Wonder and a lot more. Looking forward to meeting more great artists for days to come!

Question: How did you come up with the name Fresh?

Answer: The “Fresh” name came about due to the fact that the band didn’t want to become just another local band playing the same music. They wanted to be different, playing songs that you normally wouldn’t hear from these other bands. Newer songs and better sound. The wanted something “Fresh” and wanted everyone to know that’s what the band was all about so they stuck to that name. Now people chant “Fresh” at the gigs when they want encores and its so fun to absorb that!

Question: What is your dream gig?

Answer: Well that can be many places. I think it goes without saying that traveling further out would be a goal. Like New York, or Europe or even better, Costa Rica! I would say that touring the country for about a couple months would be a fun adventure not to mention tiring but well worth it

Answer: Oh there’s so many. It’s tough to just name a few. Our guitarist is a big Bob Dylan fan not to mention Johnny Cash and similar artists. Juan our bassist enjoys the style of jazz bassist Victor Wooten and I feel he’s got the same chops although he’ll tell you differently. Since Gabe and I are both drummers, we share common influences such as Dennis Chambers and Carter Beauford. I also enjoy a lot of salseros including Marc Anthony and Ismael Miranda. My sister Melissa is a big Michael Jackson fan as well as Stevie Wonder. Lately she has been getting into country music so we have been implementing some of that into our shows as well.

Question: If your fans want to contact Fresh, where can they go to contact members of the band?

Question: I hear a couple of members of the band are from Costa Rica? What is their story?

Answer: Well my sister Melissa and of course myself are Costa Rican. Our father Arturo Campos was a famous singer in his era. He performed with a Latin Orchestra called “Sus Diamantes” and they had many hits including their biggest “Quedate Amor” which happened to be performed by him. We moved back there in the early 90’s until he passed away, then came back to finish our schooling in L.A.! Then Melissa started taking after her dad and began a wonderful singing career performing for many bands including the original Sonora Dinamita and Top 40 bands in the L.A. area. She even performed on National Television in the Univision program Sabado Gigante representing Costa Rica loudly and proudly.

Question: Thank you for this wonderful interview. Do you have any inspiring words for your fans?

Answer: We thank our fans every chance we get because without their support and love, we wouldn’t be able to do what we love and that is to shower everyone with the gift of music! We meet amazing people every time and we are truly blessed to call all of them friends and we look forward to meeting and making even more friends and fans.