The increasingly urgent necessity of global governance in our chaotic global economy and society brings into sharp relief the age-old question of the relationship between the timeless and the temporal. 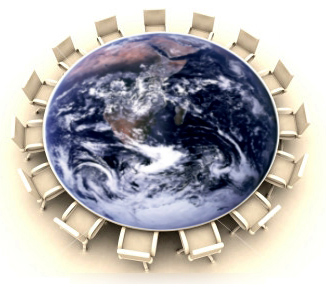 By the timeless I mean a sense of completeness in being rather than the pursuit of endless becoming, of contentment in the fullness of the present rather than the meaningless striving and busyness of the world, especially the Western world. It’s what you feel after a few days in the wilderness with a friend, or after an hour sitting quietly beside a stream alone.

In a world gone mad, never in human history has the balance between the timeless and the temporal needed greater clarification and tangible response.

In political terms, the timeless-temporal question relates to the concern for the whole of humanity over the interests of particular nations and peoples.

Nationalism is merely the modern form of tribalism, and to call for a new form of nationalism, as media elites are doing in the United States, reflects an utter failure of perception and imagination.

That is identical with President Obama’s core political philosophy. He has said, “We have to make sure America writes the rules of the global economy, and we should do it today while our economy is in the position of global strength, because if we don’t write the rules for trade around the world, guess what: China will.”

There, in a nutshell, is why President Obama will go down in history as a mediocrity, why the United States is no longer leading the world, and why Obama will be a placeholder for evil if Trump wins.

Thinking nationalistically at a time of unprecedented globalization, when the world cries out for true global leadership, is the very definition of mediocrity.

In this totally interconnected world, any nation, including the United States and China, which thinks it is going to write the rules of the global economy according to its national interests is behind the curve. National economic and military power no longer rule, and the more the so-called Great Powers attempt to dominate, the more disorder they will generate internally and externally.

On the other hand, there is a strong tendency by people in developed, less powerful countries to believe they can devise technological and market-driven solutions for global governance. That too is a very American mindset, though one that seems to have become predominant in the global society.

In this vein, I had an interesting talk with a chief administrative officer in a small city in one the Atlantic Provinces of Canada. He has done a lot of work, with the support of the mayor and a local foundation, to formulate an “internet-based global governance platform.” 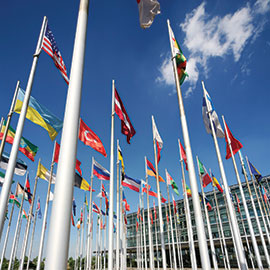 Their “online governance program” is designed to be a marketed as an online platform for local and national governments. “There is currently no product” like this, they state. “The governments and people of the world are the potential market for this product,” their business plan states.

The unexamined philosophical premises, taking the form of technological and economic assumptions that form the foundation of their plan, make it secondary and premature at best.

Effective global governance, whenever it manifests, will be an expression of genuine, ongoing, collaborative dialogue, rather than the result of any plan, much less a technology-based internet platform and marketing system.

No plan, however well conceived, and no technology, however carefully automated to produce rational results, can bring harmony between humans and nature, and between the peoples of the world. Only thinking together and awakening insight together can.

Thinking together requires holding opinions, beliefs, experiences and knowledge in abeyance, while asking and following the thread of shared questions that arise in the present. The intent is to awaken mutual insight, which alone transforms the individual and human consciousness.

Clearly, there can be no effective, non-authoritarian global governance without a psychological revolution that ends nationalism and identification with particular groups in a sufficient number of people. At this critical juncture of breakdown and chaos in the old order, that is probably only 1% of the world’s population.

Though people and political organization require a concrete global body, this is where the primacy of the timeless over the temporal comes in again,