Costa Rica News – Once again, Nicaragua is closing its border to people in desperate need. 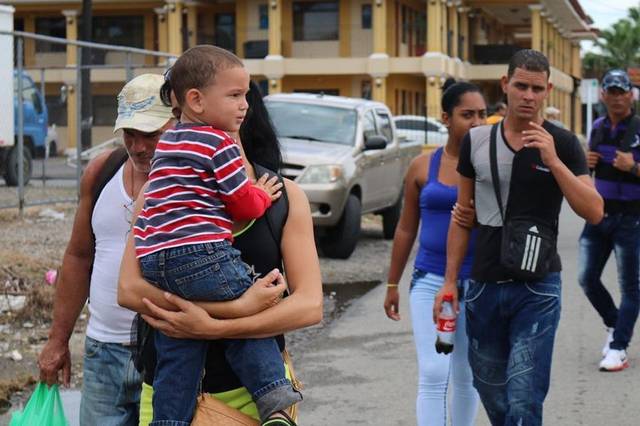 Migrants are coming from Haiti, Cuba, Congo, Senegal, Ghana, Ivory Coast, Togo, Nepal, Bangladesh, Somalia, Afghanistan and Iraq. From the north, we see migrants from the “Northern triangle” of El Salvador, Guatemala and Honduras. Many migrants hide their identities to avoid deportation.

It seems to be an overwhelming situation because so many countries are dangerous and the ones that are safe don’t have unlimited resources.

Despite Nicaragua being difficult, I’m glad to see there is some progress in the world regarding immigration, such as calling the situation a “humanitarian crisis” instead of a “migrant crisis.” It’s great that the US is partnering with Costa Rica. Still, there are way to many thousands of people living in shelters, or worse, running into the jungle and living there to avoid deportation to a dangerous country. Deportation, living in jungles and staying for months in shelters are unacceptable options.

Finally, people stranded between Colombia and Panama en route to the US are being offered a humanitarian passage to Costa Rica. The border in the jungle area of Darien is where they are allowed to cross and get humanitarian assistance.

Additionally, the President of Panama expressed that “Panama is not going to allow anyone who has already crossed into our country to die on our land.”

Both Costa Rica and Panama offer camps for migrants at strategic places on the “humanitarian corridor” but the conditions are not sanitary. They lack basic hygienic conditions At the shelters they are protected from human traffickers and offered food and health services.

Costa Rica Interest Rates on Loans for Homes Going Down