A friend and I were talking about skype recently, which has grown, without hype and free of charge, into a hugely useful and universal technology, enabling people to talk to each other with video all over the world. We discussed how long it would be before holographic projections of ourselves could be beamed into each other’s rooms, giving the illusion of directly communicating with someone. 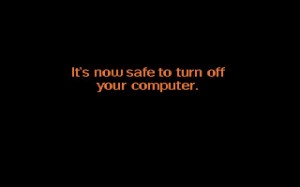 Later, my friend talked about skype with a technologically savvy and artistically inclined 8-year-old girl, and mentioned the near future vision of holographic communication. Initially, the girl made a ‘are you crazy?’ face, my friend said, but then paused for some seconds, before definitively declaring, “Yes, we’ll be able to do that.”

With a smile, the girl added, “But when that happens, we better turn our computers off at night!” There’s a lot of truth and wisdom in that quip.

I had a friend at Stanford in the early ‘90’s who worked on the first iteration of the web, when the net was just script, shared only by nerds and some academics. He took me into his office one day and said, “Look at this.” Turning on a large monitor, which came up with some pictures and symbols, he declared, “With this program, which we call Mosaic, you can click on anything and it will instantly take you to that particular content or site—pictures, libraries, other websites—you name it.”

I sat there looking at the crude symbols and pictures on the screen. Grasping the significance after I recovered from amazement at the technological leap, we agreed that this would change the world at the technological, economic, and political levels.

Given the way the Internet has swept the world in the last 20 years, my initial sense of its impact was conservative. The next big thing will be merging the connectivity of the net with advances in virtual reality and artificial intelligence to 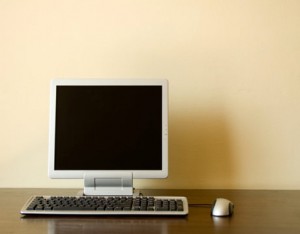 produce things like holographic communication, which will replicate being in the same room with anyone from anywhere on earth.

The questions are many, and philosophically urgent. When computers can simulate experience to the point where most people aren’t able to tell the difference between reality and virtuality, or even care, what is to prevent the complete manipulation of thought and emotion at a fundamental level?

Nothing. If thought becomes so powerful that it essentially replaces reality (not to mention actuality) with virtuality, then our spiritual capacity as a species will be lost, the fat lady will sing for humanity, and cosmic intelligence will shed a tear and move on to the next sentient, potentially sapient species.

What happens to the physical senses—touch, smell, taste, sound, sight—when their simulacrum dominates the brain? Do the senses atrophy?

Yes, the senses will atrophy, though the body may retain its form through narcissistic exercise like weightlifting, or direct stimulation of the muscles through electrodes implanted in the brain. When the senses atrophy, the human brain will atrophy, and lose its capacity to commune with the cosmos, and with other human beings.

What does the brain lose by being completely dominated by virtuality? Does it lose the capacity for genuine feeling and spirituality? 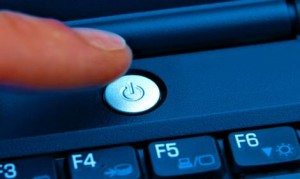 It loses everything, for then it will be no different than the computers it has invented. Part of the brain works like a computer, but it isn’t a computer. The brain is not a machine at all, but an organ of immense inner capacity, and our job as human beings is to awaken that capacity to its fullest in ourselves. If we replicate ‘higher thought’ so effectively that we live within the virtuality of the computers we have invented, then the computers will be more important than the brain, and the living brain will be redundant.

So feeling and spirituality are precisely what are being lost. Their capacity makes up over three-quarters of the brain. And as people have been saying for decades (without doing anything about it), we only use a fraction of our brains.

When we think, it activates only part of the brain, and over time the rest of the brain atrophies. On the other hand, when we awaken meditative states, it activates the whole brain, clearing away unnecessary memories and emotions, and allowing the brain to continue to grow. In short, while the brain physically stops growing in childhood, it need never stop growing inwardly and internally, which has nothing to do with knowledge and computing power.

When I meet my little friend, I’m going to tell her that we can’t wait until we can beam each other around the world as holographs, but need to learn how to turn off our computers now. Not merely our laptops and cell phones, but the noisy machine in our heads.