Well a Charlie Brown Christmas is being cancelled! How many more ridiculous things can people protest about? Pretty soon there will be a protest for every single thing every single day. Thank goodness the end of the world is December 21st so this nonsense will stop. 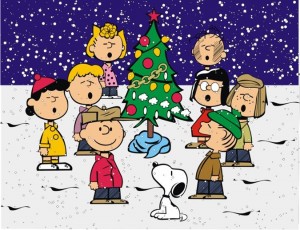 Good Grief! Snoopy and Charlie Brown are not going to be seen this Christmas in at least one community.

A Little Rock church has cancelled a student matinee performance of “Merry Christmas Charlie Brown” after critics complained the show was too religious and therefore violated the Establishment Clause of the U.S. Constitution.

“It is not our desire to put hard-working, sacrificial teachers and cast members in harm’s way,” said Happy Caldwell, pastor of Agape Church, in a statement to Fox News. “While we regret the loss of students who will not get this particular opportunity right now, we have taken the school matinees off the table.”

The cancellation came as the Arkansas Society of Freethinkers told television station KATV they had received legal advice on pursuing a possible lawsuit against the Little Rock School District.

“We’re not waging a war,” said LeeWood Thomas, a spokesman for the group. “We’re basically calling a foul against the separation of church and state.” 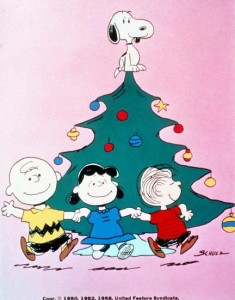 performance. They said they had consulted with their legal team and determined the field trip was appropriate.
Students at Terry Elementary School had been planning to attend a school-day field trip to watch a stage version of the holiday classic — hosted by the church. The event was strictly voluntary and teachers sent home letters explaining the purpose of the trip.

However, a parent objected to the field trip and contacted the Arkansas Society of Freethinkers, a self-described community of atheists, agnostics and humanists.

“The problem is that it’s got religious content and it’s being performed in a religious venue and that doesn’t just blur the line between church and state — it oversteps it entirely,” attorney Anne Orsi told Arkansas Matters. “We’re not saying anything bad about Charlie Brown.”

Orsi is vice-president of the organization. She told television station KNWA that the concerned parent did not want to be identified.

“The parents that we know in this this situation are reluctant to speak up because they are concerned about their kids being singled out and bullied,” she told the television station.

The story brought national attention to the plight of church members — who simply wanted to put on a special holiday presentation for school children.

Caldwell praised what he called the “courageous stand” that the school’s principal took in “not succumbing to the pressure of one complaint voice to the Arkansas Society of Free Thinkers and the media.”

He said it was clear “Merry Christmas Charlie Brown” did not pose a constitutional issue.

“Christmas is a Christian holiday — hence it’s name – Christmas,” the pastor wrote in his statement. “Our program addresses its origins with light-hearted songs and theatre. The context of the birth of Christ is broadly described in both Old and New Testament texts.”

The pastor said the school children are more than welcome to attend weekend performances of the show.

Cost of Living in Costa Rica

[…] does not mean they will tolerate expressions of Christ anywhere that it can be seen by the public. https://www.costaricantimes.com/churc…t-outrage/8635 Read the article, they cancel it because the students that were going to be attending weren't […]