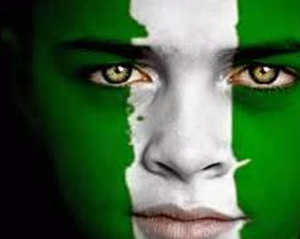 Most people identify with their nations; others with their ethnic group or religions; and a small and shrinking number with their indigenous cultures. But a growing number of people emotionally grasp the fact that the true context for everyone is now humankind as a whole, not any particular nation or region.

Then why, when it is so evident that identifying oneself in terms of particular nations, peoples, or regions is divisive and destructive, does the idea of ‘my people’ and ‘my region’ continue to rule?

Parochial thinking represents not just a failure of imagination, but more importantly, a failure of perception and human feeling. The more I think in terms of ‘my people,’ the more harmful my actions are toward all people, including one’s own group.

It didn’t used to be the case of course. When peoples lived in relative geographical and cultural isolation, humanity was comprised of one’s given people, often extending little further than hearth and home. Others were just that—‘the other,’ often not quite human, or not human at all.

But consider this fact. All racial characteristics are less than 100,000 years old. That’s because all 7 billion plus people in the world are derived from a small number of modern humans that emerged in eastern and southern Africa and spread throughout the world. Racial characteristics, much less cultural differences, are very recent in evolutionary terms.

How do we resolve the apparent contradiction between the recent evolutionarily common heritage of all people today, and the strong need to identify with particular groups and belong to particular cultures?

When the first pioneers left Africa as modern humans about 100,000 years ago, they explored and inhabited new territories in small groups, slowly adapting to new lands over tens of thousands of years. They survived and thrived by being close-knit groups of people, exploring unknown wilderness and facing unknown dangers together.

Groups settled in a given areas, and formed distinct cultures. Others broke off and ventured into new territories. Superficial adaptations, such as skin color, derived during this relatively recent period of isolation between peoples.

Now, much to the chagrin of racists everywhere, people are moving and mixing all over the planet. We have returned 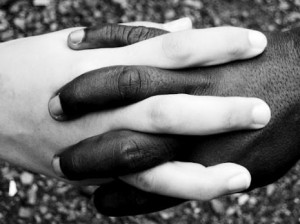 in the billions to our original state as a single small species, attesting to the success of the human adaptive pattern. Now we must learn to live together in harmony on this beautiful planet, or we will destroy the earth for ourselves as a species.

Do any of the prior group identities have primacy anywhere on earth anymore? Clearly they don’t, but unfortunately, the more that traditions erode and peoples fragment, the greater the tendency to idealize the past and cling to previous patterns of identification and social arrangement.

With the Agricultural Revolution, the human population exploded, cities and empires emerged, and organized warfare came into being. Indigenous people had their tribal conflicts of course, but they were localized, and there was always the option to leave and start a new life in new lands.

The Industrial Revolution brought domination by one group over another to a whole new level. In the New World, European civilization decimated indigenous populations, first unwittingly and unintentionally with the introduction of diseases that native peoples had no immunity for, then through conquest by means of superior military technology.

Subjugation and exploitation reached their nadir on the continent of Africa, where huge numbers of people were shackled and shipped to Europe and America as slaves. Colonialism, which is inherently brutal, was most brutally exacted on the African continent, the continent of humankind’s birth and emergence as a species. Its effects linger in many deleterious ways in nominally free African countries.

The biggest issue for Africans now is what they call “dependency syndrome”—the overreliance on “external forces,” economically, politically and psychologically. There is a growing recognition of the problem on the continent, and the imperative of unleashing the tremendous potential of African people in taking responsibility for their own destiny. 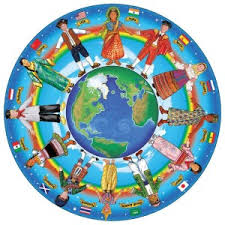 The problem arises, as it has all over the world, with nativist reactions, including absurd notions such as ‘insights and ideas are either rooted in African traditional culture, or foreign-generated.’

Such an illusory division actually reinforces dependency, by limiting thinking and creativity to arbitrary determinations of whether insights come from inside or outside a given area. It also adds to strong prejudices against ‘the other,’ ‘the foreigner.’

What constitutes ‘internal’ and ‘external’ in a global society where national, ethnic and religious identifications and traditions hold less and less meaning? There is no such thing as ‘internal’ or ‘external’ in the world anymore, and people who promote that duality are promoting conflict at its root.

An adequate response to local and regional challenges does not involve a retreat into the past and the particularities of culture, but in taking the best insights and ideas from all over the world and making them one’s own.

Insights are of the moment, and ideas have no borders.