Costa Rica News – Costa Rica’s debt abroad is increasing at an alarming rate. By the end of 2013, the external financing was 12.1% of the Gross Domestic Product. Two years before, it was 9.7%, says the Ministry of Finance. 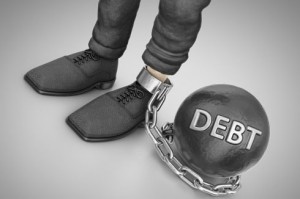 2 billion borrowed dollars, over the last two years, were used to pay other debts that were due. The balance of the public’s internal and external debt totalled 13.5 billion colones last year; that’s an incredible 54.7% of the GDP. The Central Government is responsible for almost three-quarters of that total.

There’s been a favorable environment for borrowers, because of low interest rates and an abundance of dollars in the world, but this will change. The monetary policy of the US Federal Reserve will generate a decrease in global dollar liquidity and rates will change.

The experts recommend that “the government should come out soon to issue Eurobonds, because the longer it takes, there is no guarantee that conditions will again be favorable,” according to economist Fernando Rodriguez.