Costa Rica News – We all know that the water around Costa Rica and Nicaragua are extremely valuable for travel and tourism activities such as sport fishing and for those not so legal activities which are huge money makers, shark finning. Is this the reason this lawsuit is being brought in front of the International Court of Justice? Perhaps. 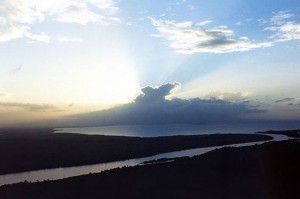 I just keep thinking when is Daniel Ortega just going to react in a more violent manner against these constant pokes by the Costa Rica government.

Costa Rica has said it will take Nicaragua to the International Court of Justice over what San Jose alleges is Managua’s seeking to have oil exploration work done in Costa Rican waters.

“We are working on a suit against Nicaragua for usurping and offering Costa Rican territorial seas, based on demarcation it did arbitrarily and unilaterally, to chart what it calls its oil (exploration) blocs,” said Foreign Minister Enrique Castillo.

He said the suit would be filed in the Hague before May 8, when President Laura Chinchilla’s term ends.
Castillo said San Jose would bring its concerns about the purported exploration offers to other neighboring nations in Central America.

In June 2013, Costa Rica sent a diplomatic note complaining that Nicaragua was claiming areas San Jose believes are in its territorial waters, and that Managua was promoting oil development there — both on the Pacific and Caribbean coasts.

Costa Rica said at the time that there were 73 separate areas where Managua was making this mistake.

From AFP, Edited by Dan Stevens