This give a new meaning of to serve and protect. Three criminals handcuffed and stole two police guns while they were parked in a dark area. The incident occurred Friday at 11:30 pm, near the IFAM building on the campus of St. Vincent College South Moravia, San Jose. Subjects also took the keys to the police car. 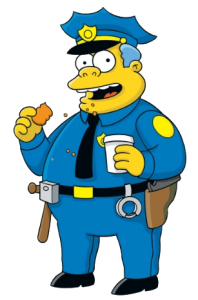 Juan José Andrade, director of the security forces, said he regretted what happened, but said he was grateful for the intervention that was made by the officers.

“We regret the theft of weapons, but we celebrate in the end that no lives were lost. While supporting the police response team arrived a few minutes later, they prevented the thieves leaving with the stolen car, “said Andrade.

The pair of officers (one male and one female) who were assaulted work in the security forces and Moravian surnames are Castro and Hidalgo.

Andrade said the assault occurred on a tactical error by two policemen.

“The tactical error was to have less people than the people being approached, we must always be greater in number than the intervention numeracy,” the police chief.

Apparently, the police saw several people in a dark area during a routine patrol.

“When the officers approached the car  four people got out, a third comes from behind the police and grabbed the hair of the policewoman.

“With the support of two others who were acting in the assault on the couple, the officers were disarmed and handcuffed,” said Andrade.

Apparently, criminals turned off the patrol withdrew the key and fled.

Minutes after the incident another police unit approached, freed the officers and began an operation to track down the criminals.

The Judicial Investigation Organization (OIJ) tried to make it clear yesterday how the events occurred after the complaint filed by the couple who was in the car.

Death of an American by Car without Brakes

Criminals now have another 2 pistols, and a new tactic of luring police in and robbing them as well. I can see it today and weeks too come. Slower response times to any emergency situation. And criminals out there laughing at the ill prepared cops. Sad!