Ghosts & the Supernatural – On this night, HPI (Halo Paranormal Investigations) is conducting an investigation at Cameron Park. The investigation will be conducted at a haunted condo. 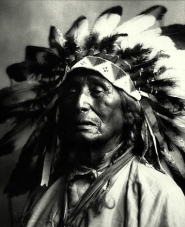 Before this investigation started, I presented Corrine the occupant a paranormal care package made by Deanna Jaxine Stinson. The care package included 3 Eucalyptus smudge wands; dream catcher that will be used as a gift for the Native American spirit; white candle; mussel shell, white candle, business cards and dream pillow. Thank you to the occupants for the pizza and five dollar donation.

Corrine feels like there is an entity that is watching over her, it is the entity known as Jeffrey. At one time her ex-husband Bruce was watching over her. Note: Bruce recently crossed over according to Robert Oliver.

Another entity that haunts this condo is a Native American spirit, the Cameron Park Hostile Miwok Spirit. This angry spirit is known to push the occupants as they are walking down the stairs. Robert, an empath felt dark energy at this condo with his dowsing rods, he made the determination that the entity was a Native American Indian. I confirmed this with a quick and dirty EVP. When asking the entity to identify itself, I received a Class A EVP that said in Miwok language: “ahk-chawk me-wok”, which means: “I am Miwok.”

Robert says that when he first walked into this condo, he felt a wall of evil dark energy, he could feel the presence of a forbidden force, that entity is the Cameron Park Hostile Miwok Spirit. Robert felt that this Indian spirit was once alive on this land hundreds of years ago, he is angry that this condo exists on his precious land. Jeffrey remains at this condo, to protect Corrine from this dark force. The Miwok spirit stands over the stairs, waiting to push someone. Corrine once felt a tickling on her back and there was no one there. Robert Oliver once felt something on his back and cold chills ran up and down his arms.

At the end of the night, I conducted a Eucalyptus smudging with Corrine. I gave Corrine the words to an Indian prayer in which we ask for forgiveness for trespassing on this land that once belonged to the Miwoks and offered the dream catcher as a peace offering. You can see the prayer on The Orb Chasers Facebook wall.