Costa Rica News – It is always laughable to me when I see complete contradictions when it comes to things the Costa Rican government promotes in special events and then seeing how they truly encourage what they are promoting on a day to day basis. This time it is reading…… 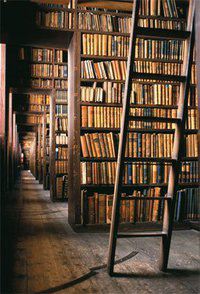 The Costa Rican government and ministry of education are promoting an event called the release or lose a book program which is being promoted by 21 different countries including Costa Rica.

It is being driven by The Lost Book Club on Facebook.

What is the program you may ask? Someone is supposed to read a book and then place it somewhere for someone else to find.  A time and date will be written inside the front cover to know when it was released and that it is part of the program.  The person that finds it then reads it and also releases it at a later date after finishing the book…….It was hard for me to write that last paragraph without laughing at what I think will happen in Costa Rica.

The book will either remain where they left it and be swept away by the rain or it will be picked up, a time and date will be added to the book, and it will never be read. Perhaps requiring book reports on the books found would be interesting……how many of the books in the program in CR will actually be read?

Look I know I piss people off with my generalizations and there are people in Costa Rica that read for entertainment….but in most cases a book is like kryptonite to a Tico and it might be the one thing Tico will not steal.

I have had a few experiences with books and reading in Costa Rica as it is something I enjoy doing in my spare time and know that there is an educated group of people in Costa Rica that enjoy reading and know it’s importance in keeping the mind sharp.  However, this does not include the majority of the population in Costa Rica.

On a recent adventure downtown San Jose I was on a mission to find the Costa Rica public library. Going to the library growing up was a common activity both for summer reading or for research.  I had the address but as most know Costa Rica addresses are not very reliable.  I was in the general area of the library and began asking people here it was located….it was like I was asking where the alien spaceship was located. No one knew nor did they understand why I would want to go there. I did finally find the library at 4:30 pm, only to find out that they closed at 5 pm and were not open all weekend.

The same is true of university libraries, they close at 6 pm.

The ministry of education and  Leonardo Garnier are trying to say they are supporting reading with the support of this event….but do you really?

Why not have summer reading lists for elementary school, middle school and high school? Why don’t you have libraries open for students and the public during off hours and weekends? Why not improve education by having substitutes if a teacher gets ill instead of class canceled?

But what can we really say about the Costa Rica government and Leonardo Garnier, minister of education when his actions in a government contract were deemed unethical? Yes this is the same Leonardo Garnier that had students without his knowledge buying their college degrees and students being awarded scholarship money that were not qualified.

Laura Chinchilla has protected all of her cronies in the PLN party, no matter how much wrong they do…… For anyone that thinks it is going to get better get ready for the next clown to probably take office in Costa Rica.

Let’s be clear though…..it is quite easy to see through the tactics of the government in Costa Rica as well as other’s including the USA….the goal is an uneducated population that you can control. Just as in the Orwell novel, 1984…….War is peace, Freedom is slavery, Ignorance is strength. We can only hope this is one of the books found by someone in Costa Rica this Friday and that it is read and internalized.

Well I and others can read between the lines and your pathetic lying government needs to shape up………after a while crying ignorance is not a valid excuse to your citizens for your corruption.