Costa Rica News – How deep does the rabbit hole go? Corruption seems to run through the veins of the entire PLN party, starting at the President and trickling down to every person under her.  This party started its downfall with Oscar Arias and has since then stopped even trying to hide their corruption s they know the Costa Rica people will do nothing.  The entire thing is a glass house filled with smoke and mirrors. (Lets see how many analogies I can use in 1 paragraph) 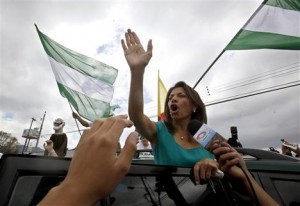 The Prosecutor’s Office confirmed it currently maintains a number of active investigations for various crimes against 18 government officials and former officials, all members of the National Liberation Party (PLN).

Among the names include the current Vice President, Luis Liberman, the former President, Oscar Arias, the former Minister of the Presidency, Rodrigo Arias, the mayor of San Jose and presidential candidate, Johnny Araya and the Minister of Public Education (MEP), Leonardo Garnier. Funny as Karina Bolanos was fired for much less and this party keeps promoting their corrupt officials.

Research for the alleged crimes allegedly committed by the 18 staff during their tenure range from fraud, embezzlement, trading in influence, illicit enrichment, breach of duty to corruption, human trafficking, embezzlement (taking money from the treasury public for personal gain) and concussion (illegal levy, that is, when a public official in office, demands or pay a person makes a contribution, or charge more than its share for the functions performed).

Liberman Vice President, has a pending investigation on charges of influence peddling, under file 12-0000-58-0621 PE. The investigation began in July by the letter of recommendation provided to the company VP Processes, Research and 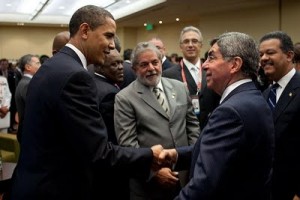 Consulting CA, SA, owned by the wife of the former Minister of Finance Fernando Herrero, Isabel Rodriguez Flower. This letter served to earn a consultancy for the Costa Rican Oil Refinery (RECOPE).

Former President Oscar Arias has three open cases, one of which is for the crime of malfeasance (when a public official issues a decision on an issue going against the administrative or judicial rule) under file 08-11-33-PE. Another is for embezzlement, that in the record 09-27-33-PE and more for embezzlement under file 08-101 621-PE. All are pending a ruling by a judge, as confirmed by the prosecution.

Investigations against Arias former are related to the permission granted to the Canadian company Infinito Gold, to conduct the open pit mine Cutris Crucitas in San Carlos, during his administration (2006-2010).

As a former Minister of the President Rodrigo Arias a is being investigated for alleged embezzlement under file 08-101 621-PE, and is pending a ruling by a judge. The investigation relates to the payment of 84 consultants to executive officials with money from a grant from the Central American Bank for Economic Integration (BCIE) Costa Rican State during 2006 and 2007. 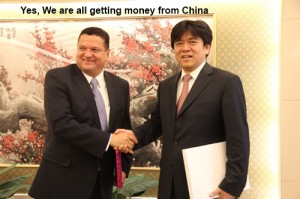 Part of the investigations against Araya are by a complaint filed last July 4, for the alleged use of municipal resources for personal gain, specifically for using municipal police officers and a secretary of the municipality at a private party that was intended to raise funds for his election campaign.

Another name that stands out in the list of the prosecution is the current Education Minister Leonardo Garnier, who has two cases pending in the Attorney General: for insider trading, 12-0000-58-0621 PE file, and embezzlement, record, 11-00055-621-PE.

The cases are for allegedly favoring the company processes, Research and Consulting CA, SA with a letter of recommendation that helped to win a consulting job for RECOPE.

Even with all this evidence the PLN keeps their minions in office and corruptly taking as much money as possible so they are retired and living in luxury when they finally retire.  Just like the rest of Costa Rica doing things unethically and making a quick $ is more important than building long term relationships to generate income morally and ethically.  If you have cash in Costa Rica you can do whatever you want until you run out and then those people that were hugging you and shaking your hands will be the first to stick a knife in your back.