Imagine being able to detect the first signs of breast cancer simply by putting on a bra. For the past 20 years, Lifeline Biotechnologies has been developing and testing a “smart bra” called First Warning Systems, that it claims provides accurate screening for breast tissue abnormalities. 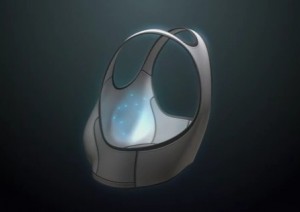 First Warning Systems says that three trials have shown the bra can detect abnormalities with a 90% and higher accuracy rating in women of all ages. According to SmartPlanet.com, if the bra sees more success in the trial stage, the company will be ready to sell it in Europe next year and the U.S. in 2014. The website said the retail price would be around $1,000.

First Warning Systems claims this new technology will reduce false positives, which are currently between 50-60% using other detection methods.

According to Lifeline, sports bra-like material is encased with sensitive sensors that can detect small changes in temperature in breast tissue. The self-exam bra is worn close to the body for the testing period, at the end of which the sensors are capable of sending collected data to the Internet to be analyzed by “sophisticated algorithms,” results of which are then sent to the user’s personal device.

“As tissues transition from normal to hyperplasia, to atypical hyperplasia, to cancer in-situ to, to invasive cancer they develop their own distinct thermal finger print and can be compared with normal tissue temperature,” according to the company’s website.

According to the Susan G. Komen foundation, the majority of mammograms that do detect abnormal tissues eventually turn out to be false positives, resulting in a waste of time and money (and grief).

Other early detection tools for breast cancer have been developing over the years, from 3D MRI imaging to a technique known as thermography, which has been condemned by the FDA. Consumers are warned not trust thermography companies over other recommended breast cancer screening tests.