Trending Now
Costa Rican Journalist Awarded Pulitzer Prize
Virgin of the Angels to Protect Costa Rica?
Will Costa Ricans Be Evacuated from Wuhan?
Is Costa Rica’s Irazú Volcano Dangerous?
Cool Winds Expected in Costa Rica For Next...
Teddy Bear Heart
This Font Helps You Remember What You Read
Costa Rican Gives Her Advice About Touring France
New Species of Orchid Named for Costa Rican...
Guy Named Bud Weisser Arrested for Trespassing at...
Home Meditations The Self Is Ptolemaic—There Is No Center
MeditationsUncategorized

A flock of small birds lands in the shallows, and a few begin furiously beating their wings in the water. More join in, and suddenly there are a dozen birds taking a bath at the same time. 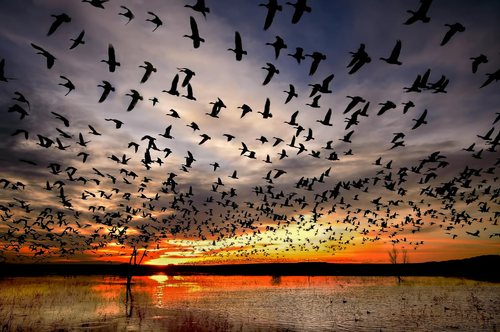 They all seem to be great friends, thoroughly enjoying the late-afternoon splash. One by one they dart off, flying downstream even as others fly up. It is a marvelous sight, so full of movement and life.

Watching everything outside and inside on the mild afternoon, meditation begins like a soft breeze through the trees. As always, it comes completely unbidden, after every effort and goal seeking have dissolved in passive awareness.

One’s particular perspective ends too, replaced by a whole view in the present. Through conditioning, everyone has a different perspective. Culture, education, religion and even the climate affect how we see things, which varies from place to place and person to person. These varying backgrounds used to make for variety, also known as diversity. Increasingly however, they make for division and conflict.

Smug elites repeat ad nauseum the idea that “countries that nurture pluralism the best will be the ones that thrive the most in the 21st century.” Their thinking is still nationalistic and fragmentary. In America, their favorite authorities are Oxford academics, which they love to quote to shore up their small-mindedness and failure of imagination.

We now have a situation in the West in which the ignorant masses and the educated asses are plunging the world into a dark age. Can enough people radically change their thinking and feeling? Is it happening?

Diversity flows from wholeness within individuals; wholeness does not flow from the so-called diversity of dividuals.

Obviously we all tend to see things from our own perspective. Virtually all people look out on the world from a center, which is to say from the self. But as one observes in this extremely individualistic culture, to see things from no other perspective but one’s own leads to egocentrism, nationalism and militarism.

In the first century, the Greek astronomer Ptolemy, working in the great library in Alexandria, produced his earth-centered system of the universe. The Ptolemaic world-view, which maintained that the sun and all the stars revolved around the earth, held sway until the 16th century, when Copernicus demonstrated that the Earth revolved around the sun.

Einstein and others overthrew that paradigm, showing that there is no center, that all places are relative to each other, and that no point is permanently fixed in relation to others. There is no center in the universe as it actually is.

Psychologically however, most people remain Ptolemaic in their worldview. That’s why there’s so much narcissism in the West. Still led by elites, this Ptolemaic way of experiencing the world is producing more and more egocentrism and nationalism, fragmentation and disorder.

Rather than ending war after the bloodiest century in history, the 20th century, the elites and experts have institutionalized war and made a it a permanent condition as ‘the global war on terror.’ And though humankind now has the scientific and technological means for providing food, 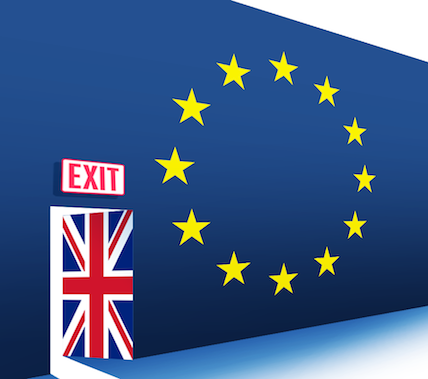 clothing, shelter, health care and education to everyone, the gulf between the haves and have-nots is widening nearly everywhere.

So the issue isn’t Britain, or even Europe. At stake now is our individual and collective humanity— microcosm and macrocosm.

The European Union is certainly one of humankind’s greatest political achievements. However, the USA and the EU have become polarized and sclerotic; they are no longer “forces for peace, prosperity, democracy and freedom in the world.”

The elites of media and politics, academia and business, by continuing to promote the dead-and-gone “countries and pluralism” paradigm, are paving the way for more fragmentation and disorder.

Learning how to look is the key to opening one’s eyes and heart. To look from other people’s perspectives and see the world through other people’s eyes is certainly a good thing.

However, learning how to look from no particular perspective—that is, from no center at all—is the wellspring of insight and understanding from which human beings will reimagine and rebuild this dead world. The West particularly needs a creative explosion. What is its source?

Wholeness. There is no separate entity anywhere on earth or in the heavens. The separate observer and self prevents observing and acting creatively in the world.

What Is the Drug Molly?