Costa Rica News – Sorry guys with a dirty mind we are talking about the fruit not anything else. 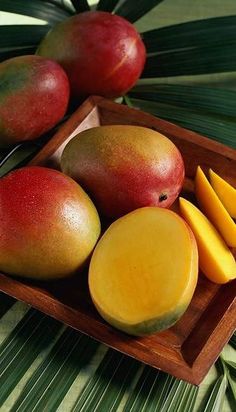 The effects of El Niño benefited mango exporters this year as they achieved a price differential of up to 50% in international markets and allowed them the opportunity to trade more volume in the global market.

This happened because of the changes in harvest in Mexico and Peru, two of the world’s biggest mango suppliers. Peru ended production earlier than usual, and Mexico delayed its harvest, which left a gap in demand that Costa Rica could supply.

Costa Rica mainly exports the Tommy Atkins mango variety to the United States. The Tommy Atkins is a red medium sized mango, and a 4.2 kilo-box of this variety was traded for $7 last year. The same box, however, was marketed for about $13 in the harvest that just ended.

The European market also reacted positively and paid exporters up to $8 more per box, as they received between $10 and $14 per box, while last year they were paid $6 a box.

The mango export season runs from January to May and the production is concentrated in Guanacaste and in Central Pacific areas, such as Atenas, San Mateo, Orotina, and Puntarenas.

Last year these areas were severely affected by drought and strong winds that caused the fall of fruit that wasn’t ripe, which reduced harvest volumes by up to 15% in the case of exporter Manga Rica.

“Fortunately, we’ve managed to offset the effect of El Niño, which reduced production, with better prices and could take advantage of the window that Mexico and Peru left. We had a good year, “said Andres Medina, general manager of the company.

Manga Rica is the only exporter certified by the US to market mangoes in that market because it complies with the inspection agreement to prevent the entry of fruit flies into that market.

The mango is a fruit that has a booming demand, especially in the United States, the Netherlands, Germany, and China, where demand grew by more than 50% in recent years, according to data from the Foreign Trade Promoter (Procomer).

Europe is the second biggest market for Costa Rica’s mango and it imports the Tommy Atkins and Keitt variety, which is a larger and less colorful fruit that tastes sweet.
For several year, England was the main destination in Europe, but it was displaced by Germany and the Netherlands.

The country also supplies Portugal, Russia, Belgium, and Spain. Among the major competitors in those markets are Brazil, Mexico, Peru, the Ivory Coast, Senegal, and South Africa.