Costa Rica News – Other than wasting eggs the protests of the mafia roja (red mafia) or red taxi drivers did not really change anything in Costa Rica. 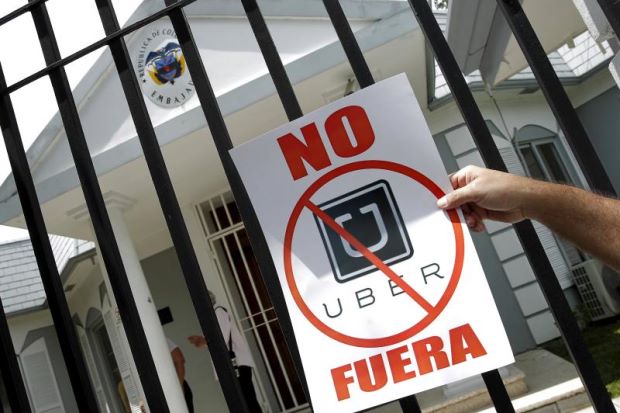 Red taxi drivers protested for eight hours on Monday. The Costa Rican Taxi Union was hoping for some results related to the Uber issue but unfortunately left empty handed. The government failed to block the use of the Uber app.

They also were unable to secure harsher regulations to control the transportation service. They were hoping for some kind of system of sanctions or inconveniences that would prevent the Uber drivers. For example, in the area of Lincoln Plaza, taxi drivers asked for transit police to be in the area and for Uber drivers to announce their presence to them.

Sebastian Urbina, the deputy transport minister, has clarified that this type of law enforcement strategy against Uber will not be offered because Uber is not committing any crime.

The taxi drivers created gridlocks in Zapote and San Pedro. Clashes were generated because of the traffic jams. There were also clashes between taxi drivers involved in the protest and those who didn’t participate.

There will be another protest on Monday.