The increasing fecklessness of the so-called international community is on hideous display with another massacre by the Assad regime in Syria. Inter-national institutions are falling between the cracks and chasms of nation-states. A global society requires a global body to save the UN from irrelevancy and oblivion. 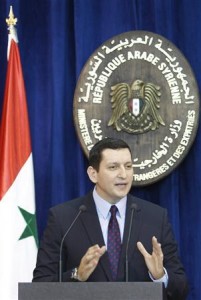 The latest atrocity, for which the well-meaning milquetoast Ban Ki-Moon predictably “expressed outrage,” occurred in a town called Tremseh, where over 200 people, mostly civilian but some rebels, were first shelled and then shot at close range.

“Any failure of the international community to take action will be a license for further massacres,” the Secretary General feebly intoned. Such statements reflect pathetic attempts to induce the Security Council to respond, as well as an admission of the UN’s powerlessness to act independently of the grotesque games of the ‘great powers.’

Ban Ki-Moon and the UN can’t have it both ways–being a lackey to the most powerful nation-states on one hand, and an international institution offering some semblance of global governance on the other. With all due respect Mr. Secretary General, stop hiding behind the tired refrain, “the UN can only do what the member states allow it to do,” and lead.

If thousands of people weren’t being killed in Syria and the Congo and other places because the United Nations Security Council is such an inept and amoral institution, the jockeying for power by anachronistic great powers would be comical.

The world’s ‘sole remaining superpower,’ with a military twice the size of all the other militaries in the world combined, stands on the sidelines, its Secretary of State, Hillary Clinton, trying to compensate in rhetoric for what America lacks in leadership: “There is indisputable evidence that the Assad regime deliberately murdered civilians.”

How can the third-rate tyrant and ex-eye doctor, Bashar Hafez al-Assad, mock the United Nations and everything it stands for, while a rump Security Council goes through the motions of fulfilling its “Responsibility to Protect populations from genocide, war crimes, ethnic cleansing and crimes against humanity?”

Old, unresolved resentments are playing out in and beyond Syria, turning it into a new proxy war between supposedly 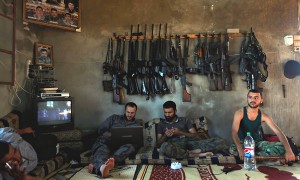 former Cold War enemies. China, a communist government with a capitalistic economy, is standing with its old ally, a weakened, reactionary, and increasingly autocratic Russia, against mainly the US and the UK.

You knew the vaunted peace plan in Syria was destined to fail when the Security Council sent in its previous failure of a Secretary General, Kofi Annan, to be its peace envoy to Syria. He meets with Vladimir Putin on Monday in Moscow in another exercise in futility.

Meanwhile, in the tortured land at the heart of Africa, the Democratic Republic of Congo, the UN stabilization mission, given one of those indecipherable acronyms MONUSCO, consisting of thousands of troops, stands on the sidelines as the killing and displacement of civilians escalates.

Said one resident of Goma, “We are very sad the MONUSCO is right in front of the rebel’s eyes, and these atrocities are taking place. We think MONUSCO should leave, because they’re useless. They might as well leave because they’re doing nothing for us in Congo.”

If national power continues to be taken as a given as the organizing principle of world affairs, the massacres in Syria and elsewhere will mark the beginning of a new Dark Age. Only this time it will be global in scope, and take no prisoners. 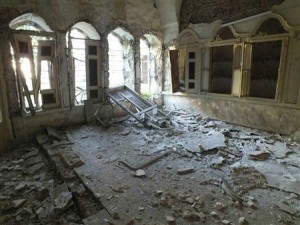 The only way I can see that international organizations, including the UN and ICC, can grow into genuinely law making and enforcing institutions is if they are held accountable to humankind as a whole by a higher, non-power-holding global body.

Global governance cannot flow from nation-states and power, only from psychological revolution and global citizenship. Seeing humankind as Diogenes did in 400 BC—“I am a citizen of the world”–is no longer a utopian ideal, but the sine qua non of a minimally civilized world, indeed, of human survival itself.

But we humans are deeply tribal creatures, and continue to emotionally view our survival in terms of identification with particular groups. That’s why a psychological revolution is essential and indispensable. Without it, man will continue to fragment the earth and our de facto global society.

As such, a global body of world citizens would not choose sides in Syria, as the United States and United Kingdom on one side, and Russia and China on the other, have done. Recommendations for prosecution for crimes against humanity will have to wait until the crimes have stopped, no matter how obvious the malefactors are.

Many opportunities to prevent civil war and the massacre of civilians by the Syrian army and its gangs of thugs have been lost, but the use of military force to establish sanctuaries is still possible, and urgently needed.

Forget the sanctions, let Annan propose to Putin that Russia provide troops for one protective zone, the US for another (very unlikely, but a good way for Russia to show up America), China a third (it would be a first), and the EU a fourth.

The sanctuaries would have to be robustly protected by competent military forces with clear rules of engagement to protect non-combatants while staying out of the civil war. Done quickly and properly, Russia and China would probably agree with such a plan, or at least go along with some version of it.

Perhaps then Assad would see the writing on the wall from his own people, and leave office, with immunity from prosecution if necessary, thereby opening a space for a new government in Syria.

Creating safe zones along the borders with Turkey, Jordan, Lebanon, and even Iraq, where civilians can find refuge (and where opposition forces would not be allowed to rearm themselves and launch attacks), is all that the international community can now do.

But at the same time, it is the least it can do to fulfill its Responsibility to Protect, and prevent the region from sliding into chaos.

CR Cops and Skateboarders Come Together to Prevent Crime