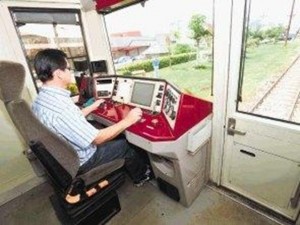 The Spanish Government will undertake a study that will determine whether the traffic justifies the existence of a train that moves people between the provinces of San José, Cartago, Heredia and Alajuela.

This study will be done through an agreement between the two countries will be signed tomorrow in Madrid between the president, Laura Chinchilla, and the Spanish Minister of Development, Ana Pastor.

Chinchilla arrived today in Spain and in addition to signing the memorandum of understanding, will meet with Spanish business in the New Economy Forum to invite them to invest in Costa Rica. Then leave for Cadiz to participate in the Ibero-American Summit. Well at least they are selling to both Spain and China.

Communication Minister, Francisco Chacon said that only when it is found that the work makes sense, we will define the characteristics of a loan granted to Spain which must be approved by the Legislature.the Spanish company will build and deliver the Costa Rican commuter train turnkey.

The Ministry of Public Works indicated that this study will cost $ 800,000, and that will be donated by Spain. Once completed an independent third party to verify the results.

The planned route would start in downtown Alajuela, would then by INVU Las Cañas and Río Segundo, Heredia and then to Tibás and then would head to Atlantic Station in the capital, then Curridabat , then to Tes Rios and finally Cartago.

Secession Petitions Now Filed for all 50 US States