Costa Rica News – Welcome to chldish Costa Rica, where competition and businesses that are not wanted by government are pushed out by force and illegal behavior. 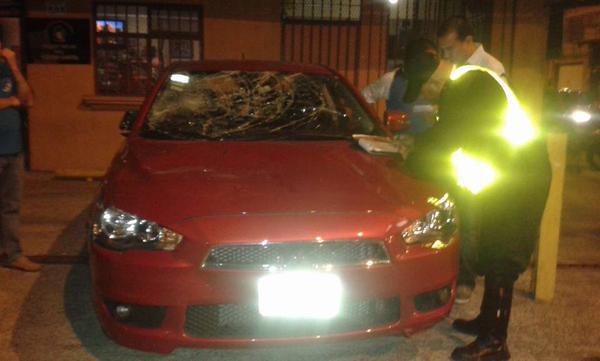 Uber Costa Rica officially went into operation on Friday, August 21 with a rough start. The Costa Rican government regulators have been unwelcoming to Uber and now are targeting Uber drivers.

Costa Rican President Solis has even expressed his concerns over how Uber is operating in Costa Rica. He is unsupportive of the disruptive technology Uber has brought to Costa Rica and its disregard for regulatory policies.

The Red Taxis and Transit Police are collaborating to target Uber drivers allegedly under the direction of Transit Vice Minister Urbina to punish Uber drivers. Four Uber cars were vandalized by taxi drivers and seized by the police.

Uber has stated that it will support their drivers whose cars were seized. Uber had 14 drivers at their training meeting last week. With 4 cars seized, they are down to 10 cars to provide service to the 4,500 new users that signed up on Friday.

To go along with the seizures on Friday night 5 taxi drivers chased an Uber driver and destroyed his car with a bat.

Amazing that pirate taxis are allowed but Uber which is all over the world is being forced out of Costa Rica. So much for fair competition practices.

Man Dies After Being Run Over By WWII Tank