Man Dies After Being Run Over By WWII Tank

World News – A man was killed in California Saturday after he fell off a World War II-era tank and was run over, authorities said. 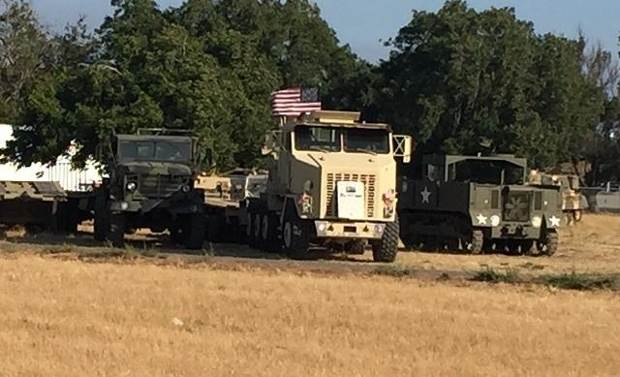 A 54-year-old man was sitting on the front edge of the 1944 model M5 tank, facing inwards, as it traveled down a hill when he fell backwards and directly in the path of the tracked vehicle, the California Highway Patrol said.

“He was sitting on the edge, and they were coming over a little small hill. Somehow — it’s still under investigation — he fell off the edge and subsequently was hit and succumbed to his injuries,” California Highway Patrol Sgt. Lamonte Bosco told NBC affiliate KCRA.

The victim, from Suisun City, was not identified. Drugs or alcohol is not suspected to be a factor in the accident, the Highway Patrol said in a statement.