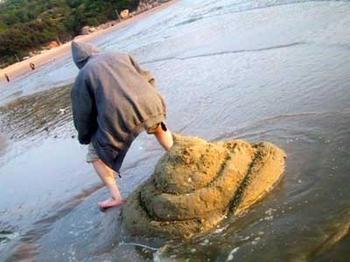 Authorities say a cyclist will be fined and could have to pay the full cost of extinguishing a 73-acre fire he inadvertently set in the foothills of Boise, Idaho, when he tried to burn his toilet paper after relieving himself in a ravine Wednesday.

The cyclist, who wasn’t identified, thought he was doing the right thing by disposing of the soiled paper so he wouldn’t be littering, the Boise Fire Dispatch Center said Thursday.

But an ember flew into some dry grass and quickly spread out of control.

“I guess when you gotta go, you gotta go,” Carrie Bilbao, a spokeswoman for the federal Bureau of Land Management, told NBC station KTVB of Boise.