Dangerous wildfires are igniting all over California and the Northwest. Yesterday, a fire that began in the steep ravines of the foothills threatened a friend’s home near Nevada City. Only a massive firefighting response, and the luck of the wind blowing away from her home, saved her house. 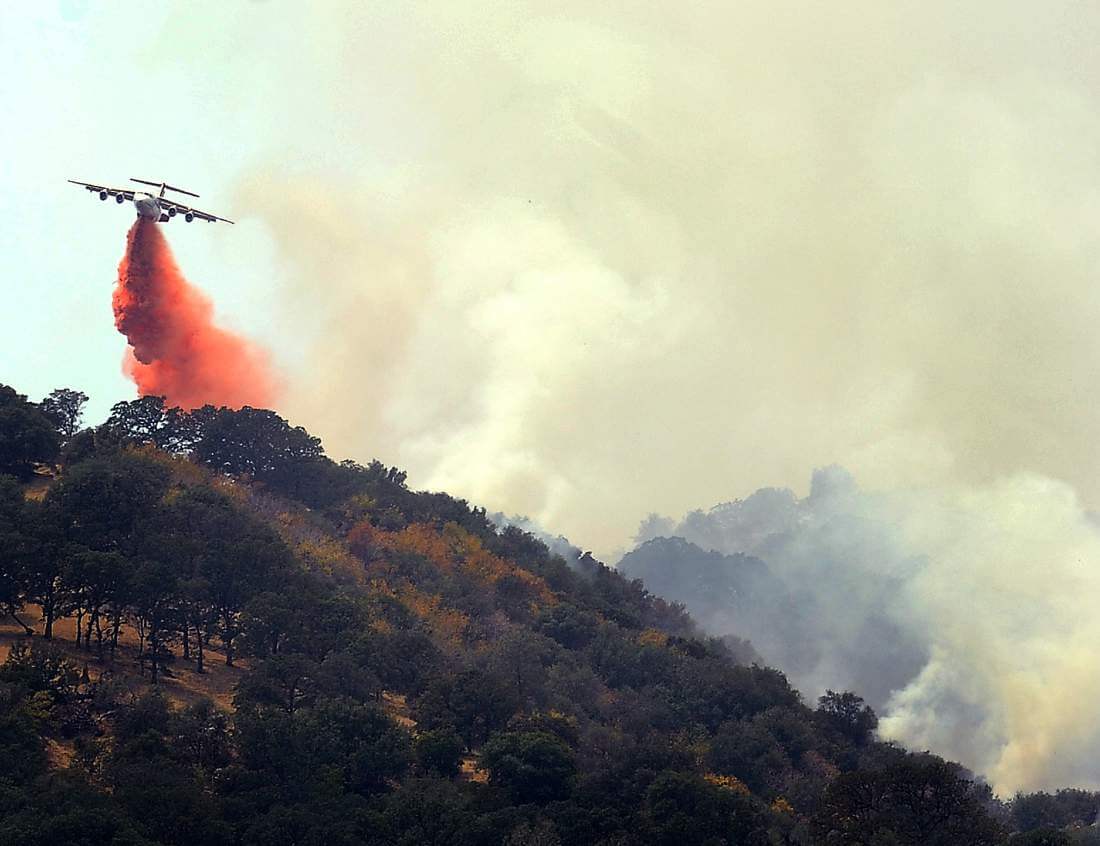 The close call has made her “deeply reflective” of what is happening to the earth and with the climate. California is in the fourth year of severe drought, and the fire season is just getting started. The climate crisis is not somewhere else sometime in the future; it’s here, and now.

Al Gore believes that “reformed capitalism” will “eventually” solve the climate crisis. But can the climate crisis, which represents only one aspect of man’s overall decimation of the earth, be remedied and reversed through any economic action and political movement? It cannot.

As regular readers of this column know, my basic premise is that a revolution in human consciousness is essential to change the disastrous course of humankind.

Gore rightly called out President Obama’s for his recent, I-can-have-it-both-ways approval of Shell’s plan to drill in the oil-rich Chukchi Sea in the Arctic. “I think Arctic drilling is insane. I think that countries around the world would be very well advised to put restrictions on drilling for oil in the Arctic ocean,” Gore said recently.

Yet he goes on to make the mother of all non-sequiturs, failing not only to make the connection between the climate crisis and capitalism but also making an “assault on reason” by positively linking them.

is one thing, capitalism another. Looking to capitalists to solve the climate crisis is like taxing drug dealers for the heroin they sell. It makes sense on the surface, if governments de-criminalize drug use, but does nothing to get at the underlying causes and treatment of addiction.

The one thing that’s essential to change the disastrous course of humankind is the one thing ruled out by the left and right, by secularists and religionists alike—psychological revolution. Why?

Shared unexamined assumptions, irrespective of religious and political views, regarding the immutability of human nature certainly play a self-fulfilling part in why most people don’t change. Nearly everyone has a strong idea of ‘what people are like,’ and these beliefs are difficult to unpack.

Beyond the usual suspects of selfish, greedy and violent, the very term ‘human nature’ carries with it an aura of unchangeability. And of course there’s experience. Humans haven’t essentially changed in thousands of years; why would anyone think we could now?

However, the darker the world and human consciousness becomes (and they have become the same thing), and the more people who adapt to the dead culture by becoming dead themselves, the more urgently necessary and possible a spark could set the whole thing ablaze.

Not in the old way that revolutions throughout history have done, by literally burning down the old order, but by igniting the tinder-dry dark matter of human consciousness within us.

There is nothing that can be done for those who deny that humankind is on a disastrous course, so it’s up to those who still care about the earth and humanity to inquire into these things and ignite the revolution within ourselves.

And despite or because of the wishful thinking of New Age types who pronounce, “The revolution in consciousness is already happening,” it isn’t. 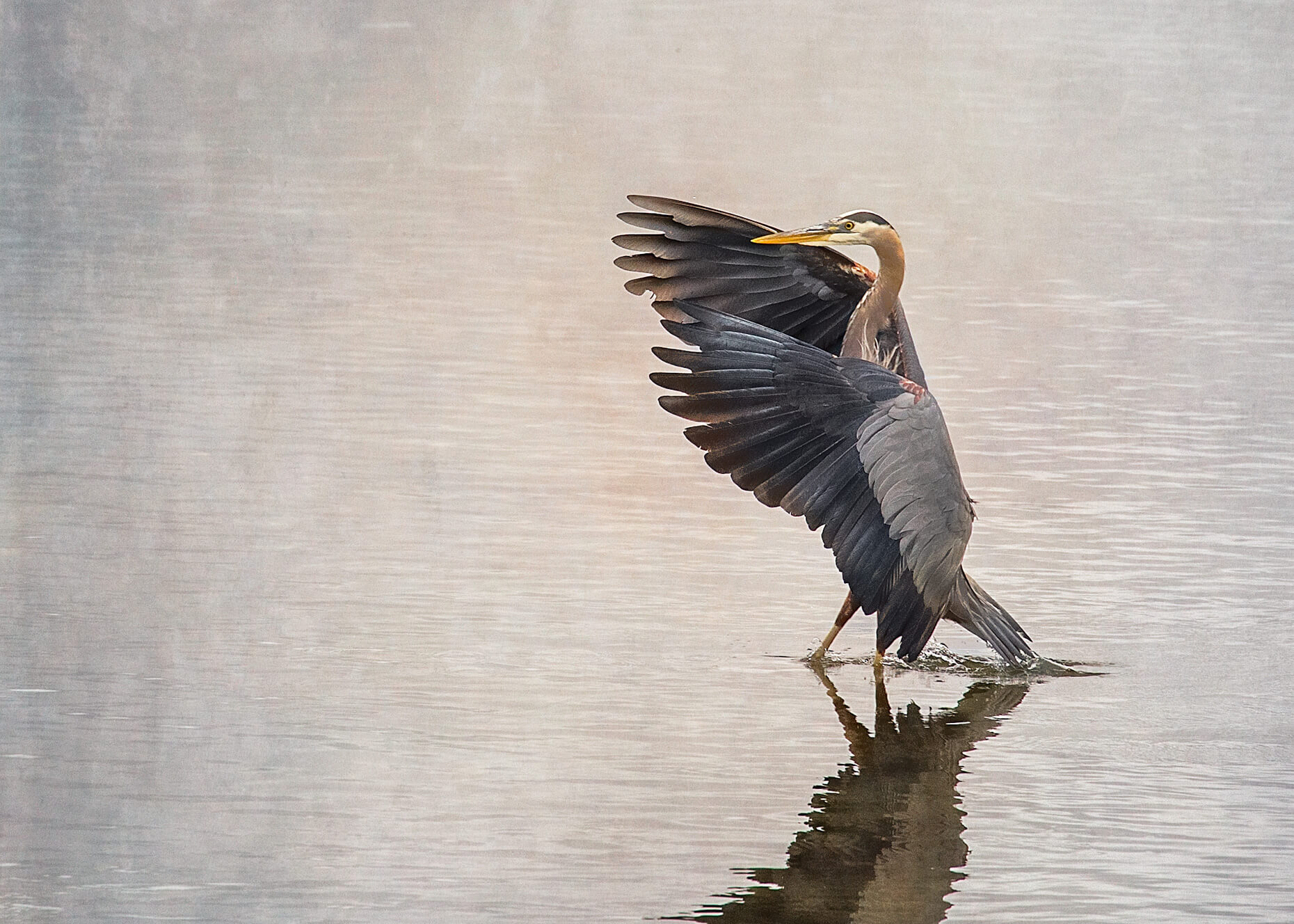 Admittedly, it doesn’t even look like we’re headed in that direction.

So what needs to radically change within us, and how can we bring it about? It begins with and boils down to our relationship to nature, with seeing that we aren’t actually separate from the earth, and that within us is all of humanity in microcosm.

A Great Blue Heron, its long neck tucked into its body, flies silently above the glistening water on a bright, warm morning.

A mallard mother with her half-grown ducklings earnestly forage and comically scoot along the opposite shore.

The increasingly rare sound of a croaking frog echo downstream, and unknown birdcalls emanate from the surrounding verdant banks.

Even though I’d only walked a half-mile down the hill and along the stream from the closed gate in Upper Park, the difference in wildness from Lower Park is pronounced.

It’s fine spot for a Sunday morning sitting. Even the three or four dogs that bound down the bank into the water, until their owners called them back, do not disrupt or disturb the meditation.

Why the Cost of Living in Costa Rica is Worth It