Costa Rica News – For all of you planning on having a Super Bowl party at your house this coming Sunday you might want to buy your alcohol early if you are in many of the provinces in Costa Rica.  Not only is this Sunday the Super Bowl it is also election day in Costa Rica. 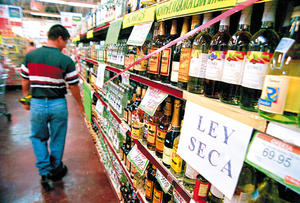 Twelve municipalities announced a ban on the sale of liquor this February 2nd, election day. This was explained by the National Union of Local Governments. The restriction will apply in San Jose from Saturday the 1st to Monday the 3rd. In the other 11 areas, the ban is only for Sunday. These areas are Alajuelita, Cartago, Aserri, Dota, Poas, Corredores, Guacimo, San Ramon, Atenas, Upala, and Los Chiles.

There is already a dry election law in effect, but the law allows each municipality the power to apply it or not. A few decided not to arrange to follow this regulation, while others have not yet declared their stance.

It’s probably a good thing for those who can vote to do so sober, if possible, to ensure the best possible outcome that we will be stuck with for the next four years.Not drinking for one day is a small price to pay compared to four years of power awarded wrongly to someone because of the country partying too hard.

For expats that want to have beer and snacks while watching the Denver Broncos take on the Seattle Seahawks this coming Sunday you might want to hit the grocery or liquor before game day.