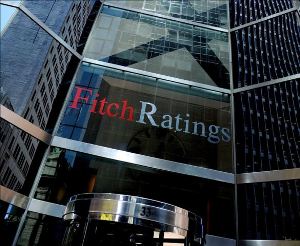 –Short-term foreign currency IDR at ‘B’.

–Growth in Costa Rica is projected to pick up to an average 4% of GDP in the coming two years from 3.5% in 2013, mostly driven by an expected recovery in the U.S., its main trading partner. Risks to growth are mostly domestic, as rising uncertainty related to the deteriorating fiscal situation could weigh on business and consumer confidence.

–High structural fiscal deficits represent a credit weakness for Costa Rica. The general government deficit widened to an estimated 5.1% in 2013 from 4.4% in 2012. Government financing needs at 10.6% of GDP will remain higher than the ‘BB’ category in 2014-2015, also fuelled by a hefty amortization schedule. However, a captive domestic investor base and access to international markets are expected to mitigate financing risks.

–Consolidated general government debt, which nets out holdings of government debt by public pension funds, reached an estimated 32.4% of GDP in 2013, below the 36.2% median of the ‘BB’ category. The debt burden has increased by 12.4pp since 2008, reversing most of the reduction achieved between 2002 and 2008. The incumbent government launched a national dialogue to gradually reduce the fiscal deficit to 3% of GDP and stabilize the debt burden at 40% of GDP by 2019. Yet, fiscal consolidation is on hold until the end of the electoral cycle.

–The prospects of a contested runoff presidential race and a highly divided congress after the February 2014 general elections could challenge the next administration’s capacity to build political support for a comprehensive fiscal reform. This is particularly likely in light of procedural rules in Costa Rica that provide veto power to minority parties in the legislature.

–Limited exchange-rate flexibility, quasi-fiscal losses at the central bank and financial dollarization will continue to constrain monetary policy over the forecast period. The transition to a more flexible exchange rate consistent with a full-fledged inflation targeting regime is still uncertain. Fitch expects inflation to stay within the official target band of 5% +/- 1% in 2014-2015 owing to softer imported commodity prices and subdued domestic demand.

–Dollarization of private credit, nearly 50% of total bank loans, represents a risk to banks’ balance sheets. Supervisory authorities have put in place corrective measures but they will take several years to be fully implemented.

–Fitch forecasts that the current account deficit will average 5.2% of GDP in 2014-2015, primarily driven by a trade deficit of 13% of GDP. FDI and government borrowing are likely to cover the external gap without exerting pressure on international reserves.