Costa Rica News – Infosys BPO, the business process outsourcing subsidiary of IT major Infosys, today announced that it was collaborating with the Government of Costa Rica and the Costa Rican Investment Promotion Agency (CINDE) to train students on technical and business process skills. 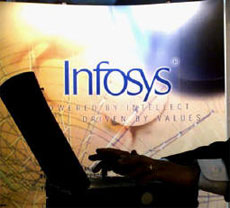 The program will play an important role in strengthening the existing talent pool in the country and provide an enriching international exposure to the selected students, the company in a release said.

The agreement was signed in the presence of Vice President of Costa Rica Luis Lieberman, it added.

Infosys said, “The 10-week intensive training program will see 64 students acquire skills on SAP and Cloud technologies based on Microsoft and JAVA platforms at the Infosys campus in Mysore, India.”

The first program is slated to complete by March 2014.