Costa Rica Travel News – The Nayara Hotel & Gardens in San Carlos has been listed as one of the world’s best hotels, in a ranking published by TripAdvisor, which is a review site with over 20 million users. 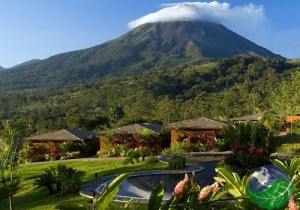 The site has an algorithm with which they measure the quality of each place rated by tourists from around the world. They awarded over 7,000 properties, in categories such as bargain hotels, moderately priced inns, family friendly places, estates, small hotels, and those that specialize in romance.

“I do not know what sets us apart from other hotels in the area but I know we give excellent service, we offer quality and every year we innovate things in the hotel. Those are the three pillars that achieve 100% satisfaction for our customers,” said Freddy Obando, Nayara’s general manager.

The resort is near Arenal. It consists of 66 luxurious rooms, frequently used by honeymooners. They have previously won other awards by Travel + Leisure, Town and Country, Destination Weddings, Celebrated Living, and by Costa Rica’s government, which recognized them for sustainability.