The green waters of the reservoir are like glass. On the surrounding ridges, motionless pines tower over the man-made lake, and reflect off the surface of the water with mirror-like sharpness. There isn’t a trace of a breeze. It’s so quiet that the crunching of almonds between my teeth seems loud. This place is an echo chamber for the cosmos. And if one knows how to listen and one’s mind is completely quiet, the sacred is here. 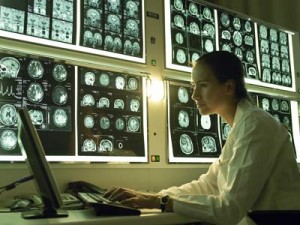 All sound occurs in silence, but we rarely ‘hear’ the silence because the inner and outer noise of man is so loud. Without doubt, perception and reception of the sacred calls for a still, empty mind.

One realizes, during moments of contact with this otherness, that it exists and is complete in itself. But we are finite creatures, the products of cosmic and planetary evolution. Does the direct perception of the sacred require a conscious brain with a very quiet mind? Does that intent imbue evolution, or is that too teleological?

In his speech receiving the Nobel Prize for Physiology or Medicine in 2000, Eric Kandel said he accepted the award for taking “the first steps in linking mind to molecules.” In unequivocal language, he described the coup biology is staging over philosophy when he said, “our generation of scientists are translating abstract philosophical questions about mind into the empirical language of biology.”

Not so fast. What neuroscientists like Kandel are really doing is raising the old, unresolved philosophical questions into sharp relief with their discoveries, while hubristically believing they’re gaining and giving final philosophical answers.

What is the distinction between mind as thought, and mind without thought? That distinction, in practice rather than theory, makes all the difference, not just to philosophy of mind, but in how to live.

Neuroscientists are bringing to a head one of the oldest and most difficult questions of all: What is the mind? In a tour de force of preemptive reductionism, Kandel asserts that the mind is simply “a set of operations carried out by the brain.” Like all reductionism, that is undeniably true up to a point, but beyond a point it becomes a reductio ad absurdum.

Completing his self-referential circle, Kandel says that the brain “is an astonishingly complex computational device that 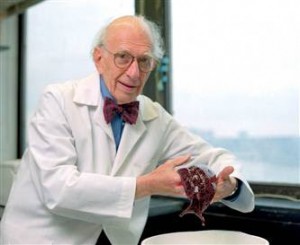 constructs our perceptions of the external world, fixes our attention, and controls our actions.”
Again, that’s half true. Accepting that definition of mind and brain limits the capacity of the brain; it also denies another meaning altogether of mind.

The meditative state is a radically quiet mind, a mind not engaged in thinking and thought. Therefore it is qualitatively different than the mind-as-thought, which is all we normally know. Consequently, we must be clear about which kind of mind we’re talking. Kandel and other neurobiologists are investigating the mind-as-thought. Science cannot investigate the mind-without-thought, because science uses thought.

Reductionism is the right principle for science, but not for life and living. Life cannot be reduced to its constituent parts, because life is not formed out of constituent parts. Diversity arises from wholeness; wholeness does not derive from diversity.

The notion that life can be reduced to its ‘basic building blocks’–the holy grail of sub-atomic physics–is a fundamental confusion of many scientists. Unwittingly, they project the basic premise of thought—separateness—onto the universe as a whole.

The operating system that runs the machinery of thought in the brain is the observer (or thinker or self). Therefore the first thing to question and observe is the observer itself. If one watches passively, carefully, and intensely, one sees that 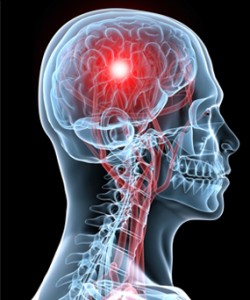 the supposedly separate observer and permanent self are fictions, tricks the brain devised to process, organize, and control information stored in memory.

Ending the operation and domination of the separate observer within oneself is the beginning of meditation. By intently but passively watching the watcher, the ancient habit of separation ends, attention gathers, and awareness sweeps away the useless, unnecessary content of consciousness.

At that point, if one is fortunate, the deeply silent mind comes into contact with something that can only be called sacred. But that sense of otherness only comes with the completely unforced stillness of mind-as-thought.

Unburdened of the past and feeling a lightness of being, I stride the mile and a half back to the parking lot on the other side of the reservoir. Can insight fully awaken in the human brain now?