Costa Rica News – A man was walking along the railway line in Heredia, fell and was run over. 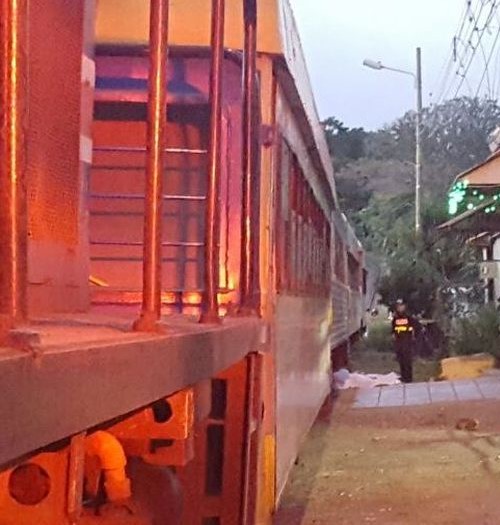 This happened at 5pm yesterday. The man’s identity has not been revealed to the public as of now.

All we know is that he was a construction worker from a nearby site.

The accident happened in the neighborhood of San Martin, Santa Rosa, Santo Domingo, Heredia. The victim began staggering, for unknown reasons, and fell on the line just before one of the cars passed over.

The Red Cross arrived to the site to find the man had been beheaded. Judicial Investigation Agency agents also arrived on site in order to make sure the body was correctly transferred to Forensic Medicine, in San Joaquin.

The train service was suspended temporarily but has now been returned to service.

The zone was regulated and passage denied for some hours at the time of the incident.