Costa Rica News – Fifteen wildly excited students from kindergarten to grade six stood patiently as they were helped one-by-one into a large van, buckled-in and headed to the Tarcoles River for the best day ever. 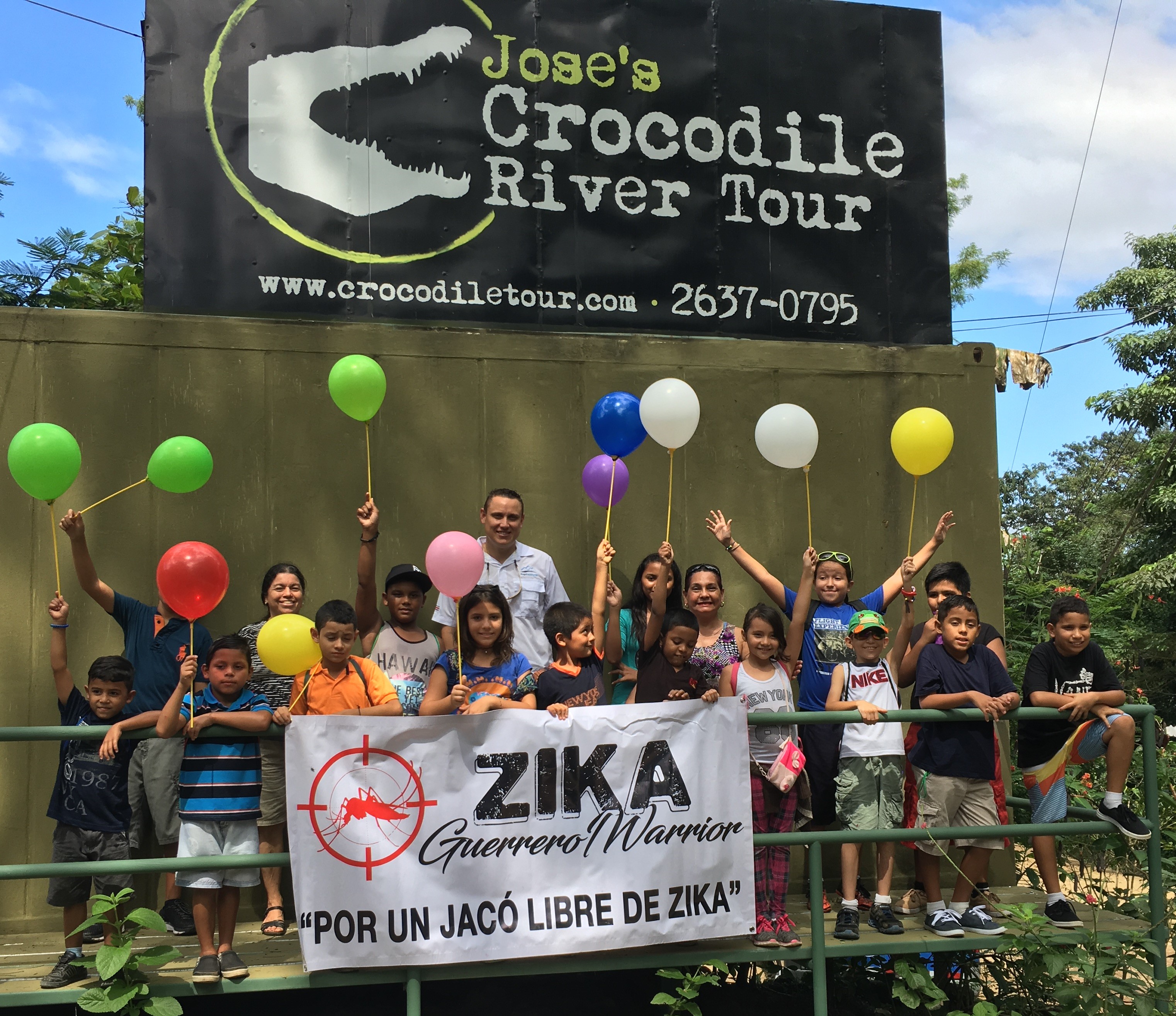 The 15 students were the recipients of the first place prize in the Ministry of Health’s contest and co-sponsored by Jaco Zika Safe. The contest challenged teachers and students to become Zika Warriors by learning about the Aedes Aegypti mosquito, it’s breeding sites, how best to eliminate mosquito larvae and the health risks associate with Zika, Dengue and Chikungunya.

Jaco Ministry spokesperson Liz Gonzalez Hidalgo who supervised the competition was impressed by the work of the students who engaged family members in teacher-led presentations, documented their project with photographs and organized civic patrols to find and destroy mosquito breeding sites.

School principal and teacher Bellanira Mora Elizondo of the Playa Hermosa School said the students, ages 5 to 12 took the challenge seriously and everyone played a role in the school project which also helped draw attention to Zika in the community. The student project of this mono docent school, came first out of 17schools in the Garabito canton. MEP Surperintendent Olendia Irías Díaz remarked that the quality of their presentation was outstanding.

First prize was sponsored by the JacoZikaSafe committee which organized an afternoon outing on the Tarcoles River where Crocodile Man Jose Eduardo provided an environmental introduction to the river, its indigenous birds and wildlife plus the consequences of litter and debris to Costa Rica waterways.