Costa Rica News – The country wants to take advantage of the national road network to install underground highways with ample capacity to offer fast Internet. The idea is to build ducts for optical fiber under the layout of public roads. 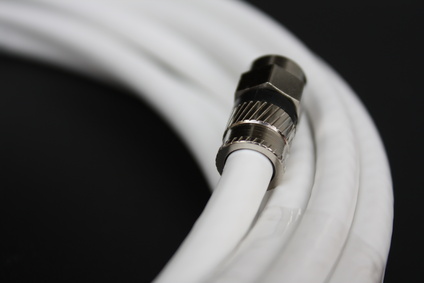 This initiative would avoid the processes of expropriate terrain where the wiring passes and would give greater security to the network by going underground.

Ministry of Science, Technology and Telecommunications (Micitt) presented the ideas and although it is a draft version, it has already been brought to the attention of the Ministry of Public Works and Transport (MOPT). According to this first guideline proposal, the MOPT should provide for the installation of pipelines when designing future roads.

Edwin Estrada, Vice Minister of Telecommunications, told MOPT leader, Carlos Villalta that he intends to finalize the plan in 2017.

Underground networks require less maintenance compared to those out in the air, because of the extra attribute that they are less exposed to adverse weather conditions.

“We believe this is an ideal solution to address greater connectivity challenges in urban areas where competition for physical space and waiting to get permits can be challenging,” said Deputy Minister Estrada.

The plan details technical guidelines for the installation of telecommunication ducts and recommends measures prior to excavation, as well as planning for other equipment.

The draft decree also stresses that in no case will there be preferences or exclusivity in the use of the conduits to be included in the work by any telecommunications service provider.

In addition, all of the infrastructure and those envisaged on the roads are, above all, for the eventual deployment of public networks of common interest.

On behalf of the head of the national highways, Carlos Villalta, there is interest in supporting the Micitt proposal. In fact, meetings with these officials have already taken place.

MOPT did clarify that the matter in any case must be brought to the attention of the National Road Council (Conavi) for its corresponding endorsement.

The plan targets primary, secondary and tertiary roads that are in the plan of improvement, rehabilitation, construction, expansion and even initial design. Also, part of the agenda is to create better infrastructure. Micitt created an alliance with the Instituto Costarricense de Ferrocarriles (Incofer) to use the infrastructure of the railroads for the same purpose.

On the 27th of September this alliance was published in the official La Gaceta newspaper when an updated version of the Incofer regulation appeared.

The use of railways and roads for these purposes is legally a solid solution to the declared public interest in the deployment of such networks, according to article 74 of the Public Services Regulatory Authority.

Social Media; The 2016 Election Made Us Battle, Avoid and Block Each Other