The low prices offered by Panamanian businesses not only in clothing, tennis and appliances, but now also in food and fuel, is causing layoffs in retail outlets on the Costa Rican side of the border. 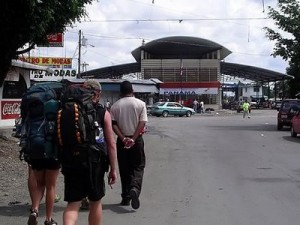 In Ciudad Neily, for example, some supermarkets and decreased by 30% its staff.

The situation worsened recently over a year, when  large business opened on a strip of land, on the Panamanian side, called City Mall

It was the first to feature a section on groceries, meats, vegetables and fruits, apart from the traditional line of clothes, shoes, appliances and more. Also, inside the City Mall is a McDonald’s restaurant, the first in the area.

Before this situation, the traditional store was remodeled and enlarged Jerusalem to make way for the Jerusalem Mall

This also opened the sale of food and set up a Burger King and a Subway in your building.

By way of Panama, the two trade offer very competitive prices on food, including products manufactured in Costa Rica, said Paul Valle, president of the Civic Committee of Paso Canoas.

A tuna Sardimar light in water is available to consumers at $ 1.25 (¢ 637.50) in Jerusalem Market, while Loaiza is offered 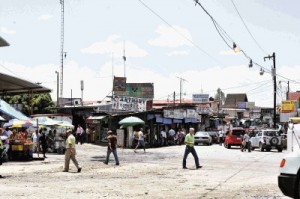 The fuel price is another reason to prefer Ticos go shopping across the border. In this sector, there are three stations where Panamanian plus a gallon of gasoline is $ 3.78 (about ¢ 1,928), while in Costa Rica it is the price of ¢ 2,427, about $1 more.

The border trade affects not only Paso Canoas and nearby towns such as Little Crow and Ciudad Neily, but reaches further to towns such as San Vito (Coto Brus), Rio Claro, Golfito, Palmar and Buenos Aires.

Estimated Loaiza trade, especially of food and ironmonger, decreased by 50% in just over a year. Apart from competition for low prices, adding that the movement of goods are free at the border.