A Massachusetts college student who was held in Costa Rica for more than two months after a car accident spoke about his international ordeal. 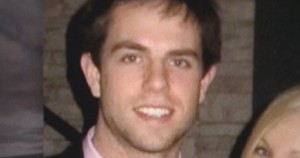 Michael Phillips, from the Stow area, travelled to Costa Rica in March to take part in a triathlon, but his troubles began when he tried to travel home.

Michael Phillips was safe back at Trinity College on Monday night hoping to graduate with the rest of his class. But as they were studying for finals, he was attempting to flee from the Central American country.

Michael spent 12 hours at a Costa Rican police station and a further 24 hours at a jail before his release following a minor traffic accident in which he says he hit someone with his car near San Jose, Costa Rica.

“I was in shock, I couldn’t believe what happened. I was very scared about it. I must have looked distressed because at one point the woman who was with that man ended up leaving his side for a moment and coming over to me and telling me to be calm and relax and everything was okay,” Phillips said.

But for Michael Phillips, it really wasn’t okay. For he’d just competed in a triathlon and was on the way to the airport. Instead, he ended up in Costa Rica for more than two months without any charges filed against him.

“He was absolutely devastated. He was in a cell that was — there was a puddle of blood on the floor, there was feces on the wall,” said Alison Philips, Michael’s mom.

Michael Phillips’ mom said $5000 bought him his freedom, but they were then told another $20 thousand would make 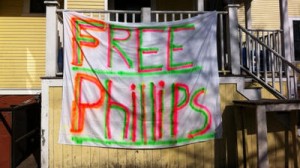 things right and let him leave the country.

They said the prosecutor even discussed jailing the Trinity College student for three months.

“I was terrified. I could not even imagine three months in prison. I thought I was losing my mind after one night,” Michael Phillips said.

Michael Phillips said the State Department suggested crossing the border — and he figured Nicaragua was the closest way out.

“The rationale was that if I did not take the risk then I would definitely be staying in Costa Rica,” Michael Phillips said.

Michael Phillips said the most joyous day of his life was when he finally landed in Miami.

Senator John Kerry’s office and the State Department alongside several other congressmen kept tabs on him during his horrific journey.

It is shocking that in 2012 such situations happen.