San Jose, Costa Rica – A low pressure system that is close to our territory has generated large groups of clouds on the Caribbean slope, where the accumulated rainfall reached 70 mm in the last ten hours. 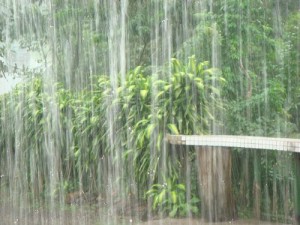 The Central Valley will have cloudy skies and intermittent showers of varying intensity during the morning and afternoon. In the Pacific is expected to partly cloudy skies in the morning, afternoon, there will be showers with possible thunderstorms, Pacific sectors with greater potential for heavy rain are the Central and South Pacific, and more isolated the North Pacific.

The IMN recommends continued vigilance in areas prone to landslides and flash floods, sewer or both to the increase in the flow of rivers and canals in the regions mentioned above. If lightning is important to seek shelter if you are outdoors and avoid being near metal objects if you are indoors.