Costa Rica News – I guess it is now official the Costa Rican government is grabbing at straws. They have made it illegal to publish bad news about them, and to promote feelings of approval they have decided to promote themselves.  I do not know about you but I am not going to believe anything written in their personal self promoting newspaper. 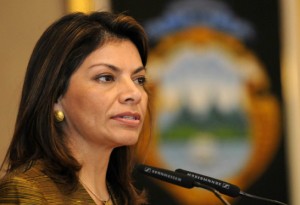 The Costa Rican presidency created its own online newspaper to promote government achievements to citizens. The official website called La Noticia launched on Thursday, Sept. 13, with the goal of focusing on what the government does well and what it could do better. The director of the new newspaper is journalist Mario Aguilar, who is also press secretary for the Presidential House.

“We want people to feel like they are reading something without the rigidity of an official website,” explained Aguilar.

Aguilar also announced that the Presidential House of Costa Rica will start a television program in October broadcasted on Canal 13.

Both initiatives took off after a survey in April reporting President Laura Chinchilla’s low popularity among Costa Ricans.

Chinchilla has one of the worst approval ratings of an incumbent president since polling began. Why is she so unpopular? Costa Rica’s ruling party has endured multiple scandals and an unfavorable Supreme Court ruling.

It seems Chinchilla will stumble on from crisis to crisis.