Entertainment News – I use the saying from time to time…..”I feel dumber having heard that.” The more I look around Hollywood and unfortunately Washington DC, the more I see the United States dumbing down. 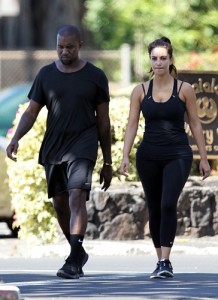 These morons have outdone themselves, poor kid.

The latest rumor out of the Kardashian/West household is that Kim Kardashian and Kanye West are going to name their baby North. That’s right, the child’s full name will be North West.  We are hoping the daughter following to be named South.

It seems as if Kimye has fallen trap to the ridiculous celebrity baby name mill, the one that spun out Holly Madison’s Rainbow as of recent weeks.

Child Of: Gwyneth Paltrow and Chris “You Know How I Know You’re Gay? You Like Coldplay” Martin

Child Of:
Rob Morrow (from the TV show Numb3rs)