Costa Rica News – Our thoughts and hearts go out to the family of the young tourist that died today in Guanacaste.  Although Costa Rica is seen as a paradise these tragic accidents happen and reminds us we never know what hand life is going to deal us. 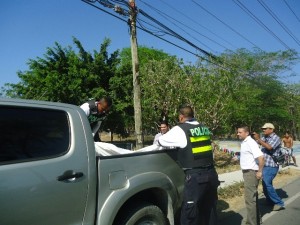 Caiklen Meredith Debroca loved to travel to Costa Rica but the American died today at age 23 in Playa Potrero Wednesday.

She was staying in the condominiums in Las Catalinas, Playa Potrero and decided to take a tour on horseback. She died after losing control of the horse and falling and hitting her head.

The accident happened at noon  in Playa Brasilito, Santa Cruz, when the tourist apparently was riding the horse very fast and could not stop him.  She fell and lost consciousness.

Ten minutes later she was declared dead at the scene.

Dr. Sandra German went to the scene to attend to the girl but did not have the resources to treat her there so she was taken by private car to the clinic.

Within ten minutes of entering the clinic  she sent into cardiac arrest and was given 30 minutes of resuscitation to no avail. She was declared dead in the clinic due to severe head trauma and a fracture of the base of skull.

Our thoughts and prayers go out to her and her family.

Travelling to Costa Rica On A Budget