This has got to be a joke right? I read this information this morning and thought that I was either being “Punk’d” or someone was playing an April Fools Day joke on me.  Then I came back to reality and remembered that this is Costa Rica.  Only Costa Rica would send a man quoted as calling being gay a disease to represent their country at a frggin’ Human Rights Summit.  Seriosuly, WTF is Costa Rica thinking? Maybe they can scam some money somehow out of the summit by pretending to be green and promoting investments in a country that will pocket half the money invested by corrupt government officials. 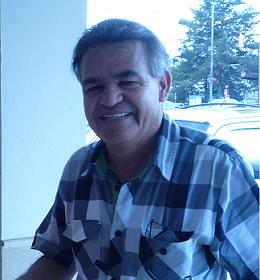 This is a summary of the stand up comedy from this morning.

“With our heads held high,” says Justo Orozco, deputy and fierce opponent of living societies, who will preside over the Commission on Human Rights and Prisons Parlatino in Brazil.

Orozco will travel to Brasil on the 29th and 30th August to head the commission along with Costa Rican legislators from other committees.

“With our heads held high represent my country. Preside with dignity, joy and good character, “said the president of the Human Rights Commission of the Legislative Assembly to DNA 90.7 FM .

Orozco also said he sees “very little future” to the plan supported by the Government to create societies of coexistence.

“My position is transparent, knowing and believing that I think best for my country. Because I love my country and I worry about its health, I think the heterosexual family is the one that can bring peace, happiness and progress to a nation, “said Orozco, who also said” we must not allow foreign practices of other countries we introduce in the Costa Rican family. ”

What a Crock of Shit!!!! Laura Chinchilla has no control over the government and all of them your be kicked out of office. It is one thing after another. Costa Rica does not need an army because the Costa Rican government makes it so no one wants to stay here.

Yes a crock of shit.

But remember everything you see goin on now was formulated,implemented,set in place at the start of the Arias regime.

This is all Arias and the US. (SEE wikileaks and Costa Rican Congressional records) Beatings, raids,constitutional and human rights abuses, extortion, death threats, blackmail and violence against thousands and thousands and thousands of citizens on a daily basis is being carried out by the “elites dominantes” (transnational corporations – the Oscar Arias “US vetted” secret presidential police la DIS of whom everyone is afraid of or terrorized to talk about.

This repression is also manifested with the “US” DIS threatening and raiding the homes of “facebook and twitter friends” who have exercised their right to freedom of expression in the social media.

They have complete control over all media which includes The Costa Rican Times.

1. They have no control over me and what I print, I can print whatever I want and usually do
2. This trip for this hate monger is taking place during Laura Chinchilla’s Presidency. If she wanted she could deny him being the representative for Costa Rica. Also the corrupt diplomats were people that Laura Chinchilla placed around her. You sound like one of the people in the USA saying that all the problems up there are Bush’s fault. Then when Obama kills the US economy and drives a nail into the US coffin with Obamacare…….it will still be Bush’s fault. Come on. If you are president you need to have some kind of accountability.

Are you saying the President of Costa Rica does not have enough power to say that he cannot go and represent the country?

Justo Orozco.. He looks very happy having a free trip all expenses paid gong as a paid consultant. He must be connected family to some high government official and or family for this cushy job along with a government officials. He is the disguise going as a gay man like Costa Rica beyond sex gender, NOT! Green country, NOT! another way to take money from the Costarricense people and begging for money. Sickening and very transparent Lady Laura what do you have to say??

First of all no one in the International Community gives a rat’s ass what Costa Rica thinks or wants. They are a pissant 3rd World Kleptocracy. So basically their attendance at BS conferences like this are only for personal gain and to make them feel better about themselves.

People need to realize that they have the government that they deserve since without at least implied consent from the people someone else would be in charge.

Someone should follow this guy around. Usually the more they hate gays the more likely they are to be cruising Parque Central or the gay spas looking for some action.