You never would have guessed that the Social Security Fund which is controlled by the Costa Rican government is skimming money off the top.  (Sarcasm) OK Costa Rica here are the facts if a government entity is getting tax payer money and they are not required to make their books public then they are going to steal that money and misappropriate the funds into their pockets. The fact is in Costa Rica business ethics and following laws in second to making a quick $.  The rule in Costa Rica is, which the population follows from the government example, it is not stealing if you do not get caught and even if you do get caught the legal system is so terrible you will probably get away with it anyway. 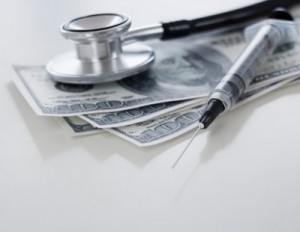 After analyzing more than 100 cases of urgent purchases of medicines by the CCSS, the Comptroller General of the Republic (CGR) found inconsistencies in these processes, such as payment of premiums,  unjustifiable  extensions, and absence of sanctions to officials.

The comptroller did the CCSS study at the request of the Investigating Committee of the Legislative Assembly.

In  the study found that despite being urgent purchases, the Social Security Fund (CCSS) granted extensions  to suppliers, and even paid premiums to get drugs more expeditiously.

There are no records to justify the purchases, and the absence of sanctions on the officials that did the purchases.

Wow, really? You mean the people that stole the money and did wrong did not get punished? How could that ever happen in CR? (That was sarcasm)

For this reason, the CGR sent to the Public Ministry 11 records for “where there may be liability of a criminal nature.”

On the subject, the CCSS Fund reported that have changed the structure and procurement procedures.

As it is with all people that get caught stealing in government, they do not get punished they just say hey we have changed it now and hide it in a different place.

As my friend said, “The Perfect Scam.” This is probably why they do not punish those running scams in Costa Rica, as the government is running the biggest one in the country.

Divorce Signs: 10 Signs Your Marriage Is In Trouble