How would you like to fly to Costa Rica for free? That is about as inexpensive as it can get for a flight to the land of “Pura Vida”. 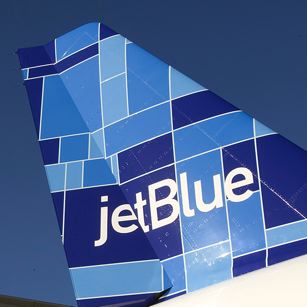 The US airline JetBlue gave 150 people a flight to an international destination of their choice, and they agreed upon Costa Rica.

This decision happened on flight 603 from Boston to Phoenix. A stewardess appeared in the aisle and proposed to the 150 passengers to choose a destination. This was a bit of a play on the US presidential election in getting all the passengers to agree on one place just as they will have to agree on one candidate in the upcoming election.

The first vote was to determine whether taking a trip to a national destination or an international one; they chose to go international.

From the second ballot, passengers began to argue among different international destinations to which JetBlue flies.

After a few minutes of divided votes, several passengers came to the front of the plane and proposed vote for Costa Rica.

At the end all chose all the passengers chose the same destination and the airline gave 150 free tickets to Costa Rica.

The exercise was conducted prior to the primary elections in the United States in which the Republican and Democratic candidates for the presidential process is defined.

“It’s time to decide,” said the stewardess on the video which was posted on Jet Blue’s Facebook page. It is unknown when the flight to Costa Rica will occur.

JetBlue is a low-cost airline that has been flying to Costa Rica since March 2009 when it launched a daily trip between Orlando and San Jose.

Will the Western Union Probe Be the End for Sportsbooks in Costa Rica?

Are you the “New Rich” in Costa Rica? Get Ready to Show Where Your Money is From