Costa Rica Sports News – There will be a battle for first place in Group D on Friday and it will not involve Uruguay or England. On the heels of shocking Uruguay 3-1 in the first game, tiny Costa Rica will hope to pull off another surprise against four-time world champions Italy, who started with three points after a 2-1 win over England. 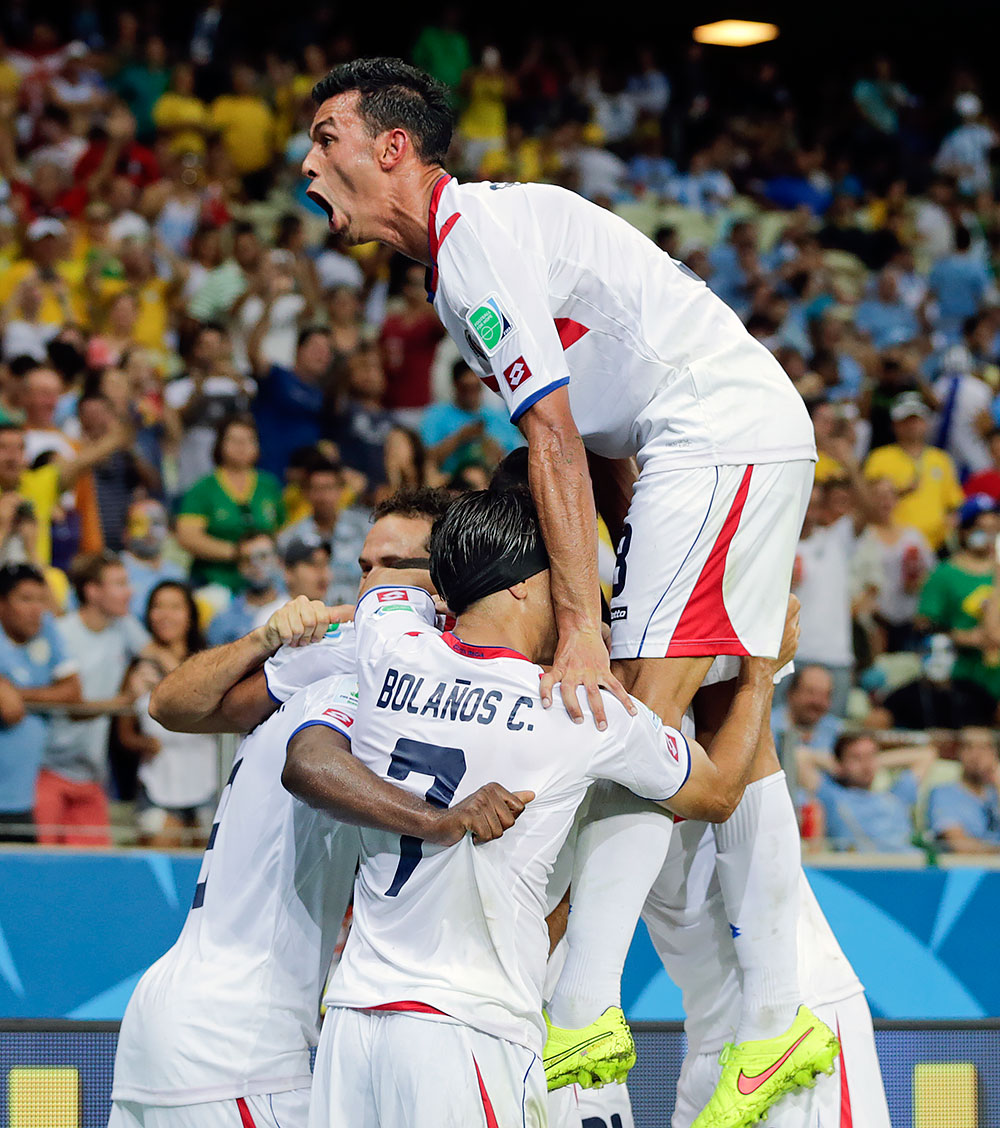 RAMPAGING TICOS: Costa Rica were not given much of a chance to advance out of Group D entering the tournament despite their performance in CONCACAF qualifying. That all changed with their first performance. Joel Campbell and Cristian Bolaños contributed a goal and two assists against Uruguay and now they face the challenge of getting through the notoriously stingy Italian defense. Don’t forget about ‘keeper Keylor Navas, who put forth an outstanding effort against Uruguay.

AZZURRI ON NOTICE: The Italians might have thought this would be the easiest game they would have at the World Cup. Daniele De Rossi may have put it best with this quote: “It should help us enter prepared like we did against England. If they had lost 3-0 or 4-0 to Uruguay maybe we wouldn’t. But now I’m sure that won’t happen.”

BALOTELLI ON FIRE: Mario Balotelli has now scored eight goals in his last 12 games in the Azzurri blue. The last one of those goals was the game-winner against England in the World Cup opener. That was not his only effort against the English defense either, as he got off three other shots and created one chance. Look for him to be just as active against the Ticos.

WEATHER CONCERNS: After playing their first game in the jungle of Manaus, the Italians have to deal with another tough weather game on Friday, at least according to their team doctor. He is asking for water breaks during the game, something his team did not receive against England. Meanwhile, the Ticos should be just fine in the heat and humidity as they have faced similar conditions in their home country and during CONCACAF World Cup qualifying.

THE STAR YOU KNOW

Andrea Pirlo, midfielder, Italy — The midfield maestro was at his best against England. His distribution was impeccable, as usual, and he contributed one marvelous free kick that smacked the crossbar.

THE PLAYER WHO WILL SURPRISE YOU

Cristian Bolaños, midfielder, Costa Rica — The 30-year-old left winger should be familiar to the US after tearing them up during qualifying, but in case you forgot how dangerous he is, just watch his performance against Uruguay.