San Jose, Costa Rica – For more proof that the Costa Rican government is focusing on silly things while there are more important items to address, read the following. While elementary and high schools prepare their drums to celebrate Independence on September 15, a bill is in the Legislative Assembly states that the actual date is 29 October. 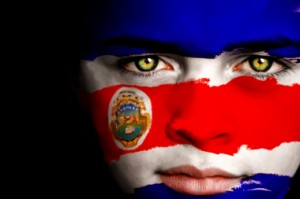 The plan identifies a historical mistake that the country actually celebrates the date of Independence of Guatemala.

The thesis is based on an old document that is stored in the National Archives: the Document stating the Independence of Costa Rica was signed on October 29, 1821 in the city of Cartago.

The project was presented by Professor Miguel Rojas Jimenez, a playwright and researcher in history, who says he is tired of the country celebrating a date that “has nothing to do with us.”

Rojas is not alone. His project has the support of 590 signatures of citizens who share their concern. Way too much time on their hands.

“On October 29 was the decision for independence,” the expert said.

The President of the Republic, Laura Chinchilla, defended the validity of October 29th as the date of Independence.

That sunny morning of October 29, 2007, Chinchilla offered to negotiate with the Ministry of Public Education (MEP) to be given that day as a day in which it is celebrated.

He said that the historical dates are “more like a symbolic moment that represents a process. Independence began long before September 15. ”

He said its portfolio is preparing a response to the Legislative Assembly, which is consulting on the bill.

“This is a project that we defend the agreement that was made in Costa Rica on October 29, 1821, as recorded in the respective minutes of the City of Cartago,” he said.

Why we are at it lets change Christmas, Easter, Mothers day. As IF they do not have enough other issues. Like money over spending the Treasury now want to tax our food what next.Crime, Minister corruption , medical care in a shambles. Priorities ! WOW! All smoke and mirrors.