San Jose, Costa Rica – Getting up at dawn to give milk to their babies get colic, diaper changes … All that now fills the days and nights of Jimena Sanchez.  She is 17, lives in Zapote, San José, and the mother of twin 10 months. “The experience was very nice but also very difficult. If one cries, the other cries, if you want to eat, they want to as well.” the teen said. 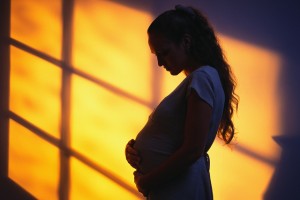 Sanchez is one of the 14,000 teens each year rush to motherhood in Costa Rica.

The time spent before for these girls was going to school, playing sports, chatting or going out with friends. Time is invested now in raising a child, or even two, like Jimena Sanchez.

“He went out a lot with my friends, going to talk or eat, but now I do not see much. I left school, but I am attending the school of life and maturity, “Sanchez said.

Over the last decade, the % has remained at 20% of mothers aged 19 or less range, which is considered “adolescence” in the country.

This occurs despite the fact that sex with children of that age is a felony punishable by up to 16 years imprisonment by the Criminal Code, even as they are consensual. However, most of the time this is with a relative so Ticos do not press charges. 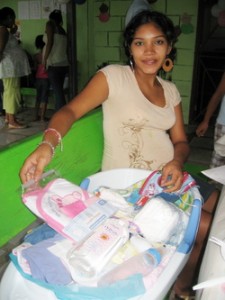 number of teenage pregnancies, if he tries.

Ana Teresa León, the National Institute for the Study of Children and Adolescents of the National University (UNA), attributes this fact to the lack of parental support and lack of information encourages the young to have sex.

“Most of these pregnancies is given by a search for affection of girls and seductive strategies of men,” said Leon.”These are girls who live in conditions of relative neglect, among other problems, and someone approaches them and give them affection, seduce them,” she added.

This circumstance could explain that a little more than a third of girls become pregnant to men over 20 years old. Last year there were 5,200 (37%) adolescents in this situation.

Cristian Gomez, program coordinator of the Costa Rican Demographic Association, believes that another explanation for teenage pregnancy is the ignorance in the use of contraceptive.

“Health services are not designed for teenagers, “said Gomez.

However, there are teens who want a child, as reflected by the Reproductive Health Survey 2010. According to this, only 30% of teenage pregnancies were unwanted.

What is needed is more and better sex education. These are some of the recommendations made ​​by experts to reduce early childbearing.

In addition, expanding opportunities for girls to build a life plan that goes beyond motherhood.

“A person should know that if you decide to have a baby, it is for life, you can change careers or home, but can not stop being a parent,” said Leon. Because most Costa Ricans can not see the future past tomorrow tomorrow this is a hard concept for them to ascertain.