It was 1973. The Vietnam War was grinding to a halt. The Watergate investigation was in full flower. Disco was being born. And in Springfield, Ill., a product was being test-marketed that ultimately would result in American being segmented into a million little pieces. It was Lite Beer from Miller. 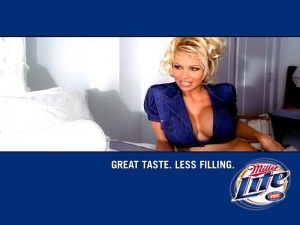 Work with me here. I’m developing a theory.

Before there was Lite Beer, there was just beer. There were a lot of different brands, but it was mostly the same: 12-ounce cans of lager or pilsner containing roughly 150 calories. You had to go far out of your way to find something different, like a Heineken or a Guinness.

One nation, one beer. Everyone watched the same TV shows and got their news from (you should pardon the expression) mainstream sources. There were rich people, sure, but they hadn’t yet begun to suck the marrow out of the middle class. The Vietnam War had been fought by enlisted men and draftees alike.

First came more light beers. And dark beers. And ice beers. And beer with fruit in it. The natural reaction to all of this terrible beer was craft beers and microbrews.

“Segmentation” was everywhere, people being shoved into tiny niches and markets. Department stores were confronted by boutiques and category-killer big-box stores. Cable news operations not only made it possible to get the news any time you wanted it, but flavored the way you liked it, too.

Then came the Internets, which created an infinite number of segments. If you liked stories about cats on skateboards, 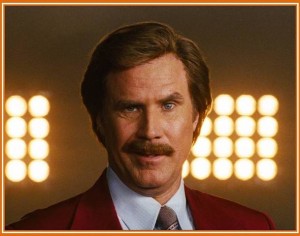 you no longer had to hope and pray that your local Ron Burgundy anchorman showed you a cat on a skateboard. You could spend all day long watching cats on skateboards and communicating with other cats-on-skateboard enthusiasts.

You no longer even had to go outside to talk to people. You didn’t have to go the store. The store came to you.

The iPods, iPhones, Facebooks, Twitters and segmented media of all sorts only added to the problem. Once we’d lived in a big, noisy barnyard. Now we live in a whole bunch of silos.

Clever people were watching. They saw how the Miller Brewing Co. had been able to split off a segment of the beer-drinking public that could be targeted effectively. Miller knew it didn’t have to sell the most beer, it just had to own its segment.

The daily business of most people in America is to sell something (hot dogs, T-bills, refrigerators, cars, ideas, whatever) to other people in America. Suddently people realized they didn’t have to sell to everyone. They could begin targeting smaller and smaller segments.

Take radio stations. They figured out they didn’t have to attract a broad audience. They just had to attract a big enough segment of similar people that they sell to advertisers. Guys who like sports. Women who like Brad Paisley. You may get only 5 percent of the audience, but if it’s the right 5 percent, you become a programming genius.

Data-mining was invented: Find out what people buy and you discover their aspirations. Then sell to their aspirations. Do they drive SUVs or Priuses? Do they shop at Aldi or Whole Foods? Do they go to church, volunteer with the Girl Scouts or buy camping gear at Wal-Mart?

Soon enough, political operatives learned to adapt these techniques to their needs. Bill Clinton talked about ‘soccer moms,” but what if you knew the soccer mom drove a Volvo, vacationed in Vail and worked as a doctor? She would be different from a soccer mom who drove a beater and couldn’t afford a vacation because she worked at Hardee’s.

“Cluster analysis” or “micro-targeting” they called it. Take direct-marketing techniques, find out everything you can about potential voters and then tell them exactly what they want to hear.

Computers made all of this easy. Some companies began to specialize in collecting data on what people buy and where. You could buy this data, cross-reference it with political mailing lists and voter data and crunch it with computer algorithms.

People voluntarily surrendered even more of their privacy by signing up on social media. Facebook’s IPO may have been botched, but it’s still worth billions of dollars because advertisers are mining it like crazy.

Hundreds of thousands of Americas, and all because of Lite Beer.

The Problem With Buddhism