Ghosts & the Supernatural – Farmington has a school, firehouse, bar, Circle K, Shell gas station, general store, and post office. There is also an almond orchard that is in the east part of the town. As you go farther east, you will reach the Sierra Nevada mountains. Stockton East Creek flows along the southern border of Farmington, paralleling Highway 4 for a short distance. The creek and many other places nearby were used as locations in the 1958 film The Big Country, as for the scenes for the movie, Dirty Mary, Crazy Larry (1974). 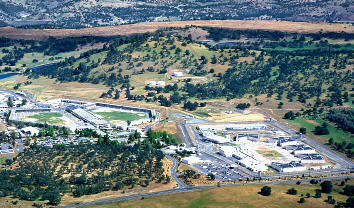 A resident of Farmington proclaims on a popular ghost website the following: “I have many occurrences in my home. I bought it 2 years ago and I have heard a baby laughing. A woman talking. Ceiling fans being turned on. A green face ghost looking back at me. GHOST IDENTIFIED: GREEN FACE.

SIERRA CONSERVATION CENTER – NEAR FARMINGTON
The Sierra Conservation Center, 5100 Obyymes Ferry Road – Jamestown, CA is near Farmington and there has been reports of haunting activity in this prison. As a paranormal investigator, I have learned that paranormal activity is imminent when you are investigating hospitals, jails, asylums and prisons. The reason being is there is always death found in these institutions making these places haunted. In jails and prisons there is always murders, suicides, accidents. Sierra Conservation Center was open in 1965 and houses 4,206 inmates. There has even been a severe riot at this prison. As of 2010, there has only been one suicide. The prison is right next to the roadway. A motorist claims to have seen a Hispanic man in a blue outfit walk along side the road. He pulled his car over, several yards away from the man and was about to call into 911 that there was an escaped prisoner when all of a sudden the Hispanic man in the blue outfit vanished in front of his very eyes. Could it be the suicide victim from this prison or could it be someone else that has died at this prison? GHOST IDENTIFIED: SCC BLUE MAN.

HAUNTINGS AT FARMINGTON CEMETERIES:
SPECIAL NOTE: Ghost hunting groups from the bay area make claim that the Farmington cemetery is haunted. The Raven Night Owls, a now defunct ghost hunting group from Martinez, CA claim that they saw a skinny skeletal man walking in the cemetery. The group says once it was there, then it was gone. Above is an article about the Farmington cemetery that goes into plenty of detail. GHOST IDENTIFIED: FARMINGTON CEMETERY SKINNY MAN.

HAUNTINGS IN THE OLD TOWN OF FARMINGTON: 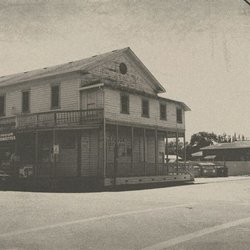 SOUTHERN PACIFIC RAILROAD DEPOT – DAVIS, CA
7/3/2016: Deanna and I, made a stop at Southern Pacific Railroad Depot – Davis, CA. This railroad depot has been around since the 1800s. Amtrak has taken over the depot and you can now hop on a train and head over to Los Angeles, Seattle or even Chicago. Davis residents claim that there are two ghosts that haunt this depot. One of the ghosts looks like a train hopping hobo. During the time of dusk, the ghostly hobo is carrying a large cloth that contains something. The large cloth is tied to a long stick. Witnesses have seen the hobo disappear from human form and become an orb. The orb will just whisk away. Another ghost is one that looks like a train conductor, he is wearing a uniform and sometimes will wave. On one night he looked like he was blowing a whistle, but no sound was heard. This ghost is seen around 1am. Darren Cartley – former Davis resident says that he saw the train conductor ghost walk through a tree. GHOSTS IDENTIFIED: DAVIS TRAIN CONDUCTOR AND DAVIS RAILROAD HOBO.
Paul Dale Roberts, HPI Esoteric Detective
Halo Paranormal Investigations (HPI International)
https://www.facebook.com/#!/groups/HPIinternational/