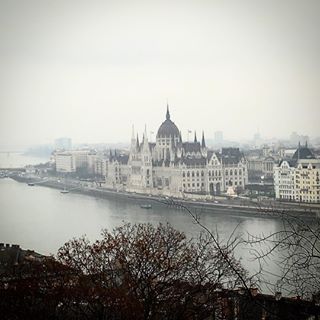 In my research, I learned that there is a old hunchback woman ghost that walks around the Hungarian Parliament. According to legend, the ghost is a woman named Abigel. Abigel lived during the time that Nazis occupied Budapest. Abigel was Jewish and slit her wrists, when the Nazis came to her door. Her home was close to the Hungarian Parliament and to this day, she haunts the Parliament. GHOST IDENTIFIED: HUNCHBACK ABIGEL.

Paul told me that he loved the opulent baroque domes, he enjoyed the Hungarian State Opera House and told me that a mysterious gray cat would sometimes show up at the opera house. One of the employees of the opera house says that the cat’s name is Vera. The cat would be known to jump from one chair to another and then just vanish. Sometimes you can see the red eyes of this cat from the shadows. Legend has it that this cat once belonged to one of the opera singers and it died at this opera house. To this day, the cat still looks for it’s master. GHOST IDENTIFIED: VERA THE CAT

Paul told me that it was very intimidating to see the Soviet style statues. Statues that were made to evoke fear. Memories of the communist era. While Paul was there vacationing, his favorite food was a goulash made with paprika, it was a flavored peasant soup. After eating this goulash, Paul would take an enjoyable walk along the Danube with his new Hungarian girlfriend named Panna.

Panna tells Paul that Hungary has many cultural influences, they are from the Magyars, Germans, Czechs, Slovaks, Poles, Serbs, Jews, Ottomans, Romanians, Roma aka gypsies.

Paul told me that the Ferenciek Tere is eye-candy for its incredible architecture. It connects the Keleti / Eastern train station with the Elizabeth Bridge. Panna would also take Paul to the Fisherman’s Bastion (Halaszbastya). This neo-Romanesque fantasy rampart offers beautiful views over the Danube to Pest. Then there is the seven pointy towers that represent the 7 Magyar tribes. The cone headed arcades are reminiscent of the tents the Nomadic Magyars called home before they moved West to Europe. A lanky spider creature was once seen on top of one of the buildings at Ferenciek Tere. Before the spider creature was spotted, a UFO was seen near one of the buildings. The lanky humanoid spider creature with 6 limbs was seen scaling down a wall. CRYPTID IDENTIFIED: FERENCIEK TERE SPIDER CREATURE.

On a website that advertises the recreation of the Orient Express route, it talks about the pleasures of this new train and a stop in Budapest. It says: “This once-a-year, week-long luxury rail voyage recreates the original Orient-Express route: Paris-Istanbul. Travel through seven countries in elegant style. Food, wine, service, off-train tours, atmosphere: everything is over-the-top. Board in Paris for your journey through France, Switzerland and Austria towards Budapest. Overnight at a five-star Budapest hotel, then continue through Hungary and into Romania. Enjoy the next day and night in Bucharest at yet another grand hotel. The next day, stop in Bulgaria before enjoying your last night and day on board as the Orient-Express train 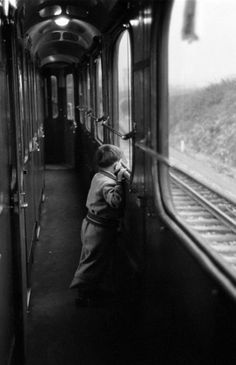 Below is my experience on the Orient Express.

Wait a minute, there are more famous icons and dignitaries, such as Phileas Fogg, Teenage Mutant Ninja Turtles, Maxwell Smart, Danger Mouse and even Doctor Who assisted this famous train. The memory of the original Orient Express will always live on.

I received a report from Michael Jayson Hodges. Michael is 72 years old and tells me his experience on the Orient Express. Here is his email: “Paul, I am not sure if you about the Orient Express, it may be before your time, but during my days in the Army, I rode on the Orient Express, it’s a memory that will be with me for a long time. It was 1967 and I was enjoying a bit of R&R and my German girlfriend Hilda took me on this adventurous train ride. As we went through Budapest, I was looking out the window. It must have been about 1400 Hours, sometime in mid-August. There were a few Cumulus clouds in the sky. I noticed that one of these fluffy clouds seemed to be tremendous in size and it seemed to rotate. I told Hilda about it. I told her: “Are my eyes playing tricks on me? Is that cloud rotating?” Hilda looked at it and confirmed that it seemed that the cloud was rotating. We kept our eye on the cloud and then all of a sudden about 15 tiny golden spheres shot out of the cloud and were going in all different directions. It happened so fast, when the spheres shot out, they were out of eye shot in a matter of 3 seconds, if you weren’t watching the cloud, you would have never seen this crazy sky show. I have never seen anything like this in my whole life. Have you ever heard of reports of a rotating cloud and spheres coming out of the cloud?” Michael.

Paul’s Thought on this Sighting: I believe the rotating cloud was the camouflaged mist that a mother ship will place around it, so observers on the ground will see it as a cloud and not in its true form – a mother ship. The spheres shooting from the cloud, were discharging from the mother ship. This is my theory of the sighting that Michael had.

Now, back to the Orient Express, before I close this article, I remember when I was on this legendary train, a couple told me that the Orient Express was haunted by a little blonde haired girl, nicknamed Strasbourg Gelbes Haar which means: Strasbourg Yellow Hair. Supposingly, a little blonde haired girl in 1903 fell from the moving train in Strasbourg. She wanted to feel the wind and instead fell to her death from this moving train. Some passengers reported seeing the little blonde girl ghost in the restrooms and it would scare them to death. The Strasbourg Gelbes Haar haunted the train for about 5 years. A gypsy woman cleansed the train and the phantom disappeared forever or went into the light.

Head of Costa Rica Sweepstakes Scam Gets 9 Years in Prison