Head of Costa Rica Sweepstakes Scam Gets 9 Years in Prison

Costa Rica News – I hope each and everyone of the people that is involved in a scam like this rots in hell. 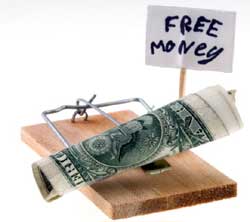 A dual citizen of the United States and Costa Rica will serve nine years in prison for his role in an international sweepstakes fraud scheme that plundered $1.9 million from hundreds of older Americans, including multiple victims in the mountains.

Documents in the case show that from 2008-December 2013, Ramer owned and operated call centers in Costa Rica. He and his co-conspirators called U.S. residents, many of them elderly, and told them they had won a substantial cash prize in a sweepstakes. But to receive their prize money, the victims had to send money to Costa Rica for a purported “refundable insurance fee,” according to the press release.

In his plea, Ramer admitted that once they got a victim’s money, the co-conspirators would contact them and falsely inform them that the prize amount had increased, and they needed to send more money for more fees.

They would “continue these attempts to collect additional money until the victims went broke or discovered the fraud,” the press release states.

Ramer also admitted that they used phone technology that mislead victims by displaying a Washington, D.C., area code to conceal that they were actually calling from Costa Rica. At times they would also falsely claim to be from a U.S. federal agency.

The co-conspirators kept the victims’ money and never provided any winnings. They used the funds to continue the call centers’ operation and for their personal benefit, Ramer admitted.