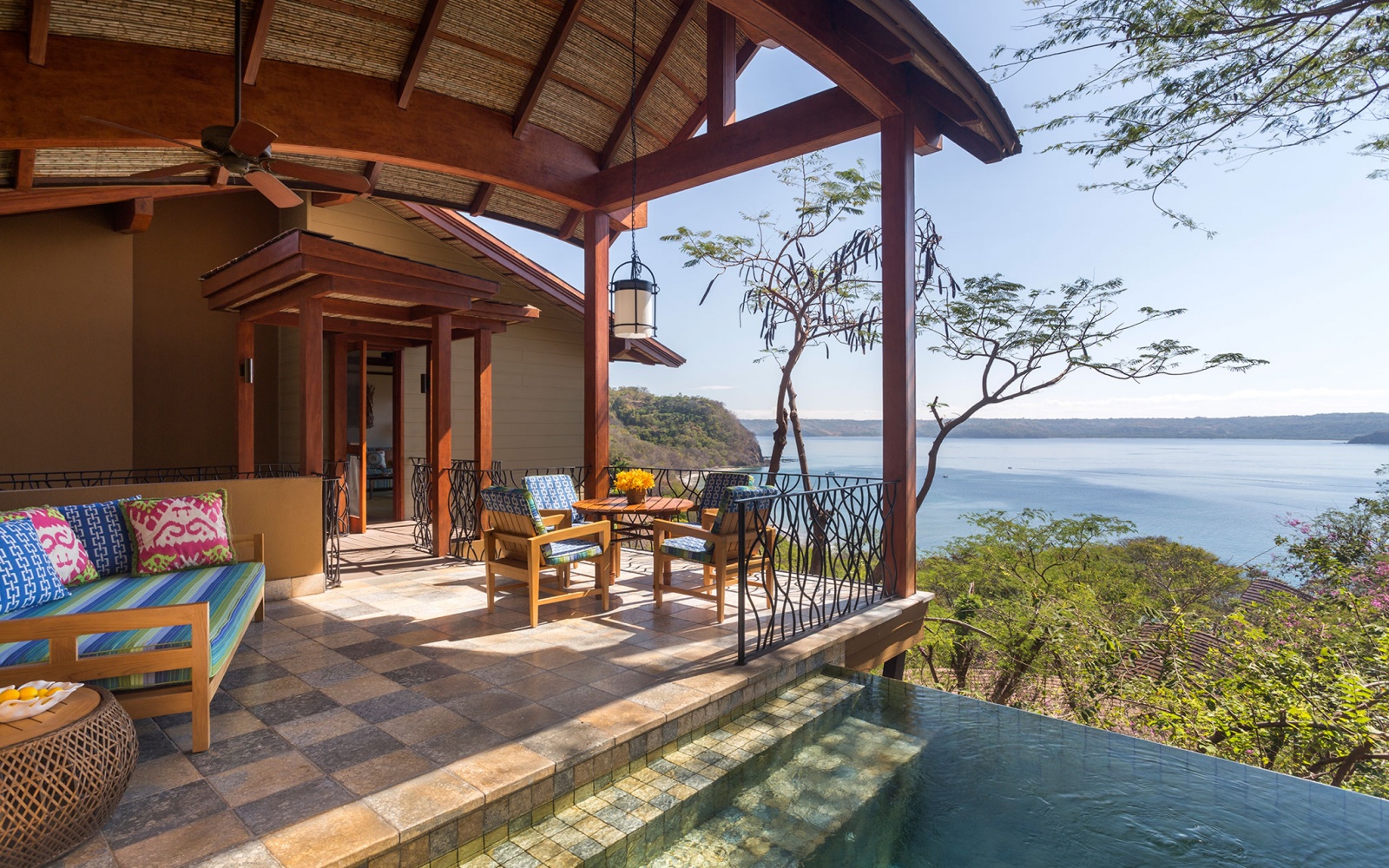 Anchored by the award-winning, 182-key Four Seasons Papagayo, Peninsula Papagayo includes such luxury amenities as an 18-hole Arnold Palmer-designed golf course and clubhouse, the 180-slip Marina Papagayo, and the 38,000 square foot Prieta Beach Club – all of which are recognized for offering best-in-class service via the more than 700 employees. The Four Seasons Papagayo is ranked as the only Forbes Travel Guide Five-Star Resort in Central and South America. The Guanacaste province, internationally noted as Costa Rica’s premier tourism destination, is located in the country’s northwestern region along the Pacific Ocean, bordering Nicaragua to the north.

The ownership is partnering with Costa Rican developer Sinergo Development Group to carry out the renovation and reinvigoration of the existing assets, including the Four Seasons Papagayo, and also to assist in the development of future phases. The design team also includes local architecture firm Zurcher Arquitectos and New York-based luxury interior design firm Meyer Davis. Plans for future development include branded and unbranded luxury residential real estate along with other complementary hotel brands.

“We are excited by the immediate and long-term benefits that this acquisition and further investments within the peninsula will bring to Costa Rica and the Guanacaste province, including job creation, increased tourism, and heightened global visibility for Peninsula Papagayo as a national jewel,” said Karim Alibhai, principal of Gencom. “This acquisition is part of our continued strategic response to an increased demand from elite international travelers for luxury, experience-driven vacations in prime destinations.”

As part of its commitment to the community, the group plans to invest in and continue the work of Creciendo Juntos (“Growing Together”), a local nonprofit organization that supports local high and elementary schools with programs including educational initiatives and preventative health care.

“As a native Costa Rican, I am excited by the reinvestment in Peninsula Papagayo, a vital pillar of Costa Rican tourism,” said Manuel Ardon, chief operating officer of Peninsula Papagayo. “Thanks to this acquisition, the phenomenal infrastructure of Peninsula Papagayo, which was developed in one of the world’s most spectacular geographic landscapes, will set a new standard among the other real estate and hospitality master developments in Central America, the Caribbean, and Mexico.”

The seller was represented by REH Capital Partners and the Algon Group in a strategic alliance as co-advisors.

Crafts Market in San Jose, Costa Rica to Shut Down