One of the world’s premier celebrity brains, Stephen Hawking, says that humans should avoid contact with aliens at all costs. “I think the outcome would be much as when Christopher Columbus first landed in America, which didn’t turn out very well for the Native Americans.” 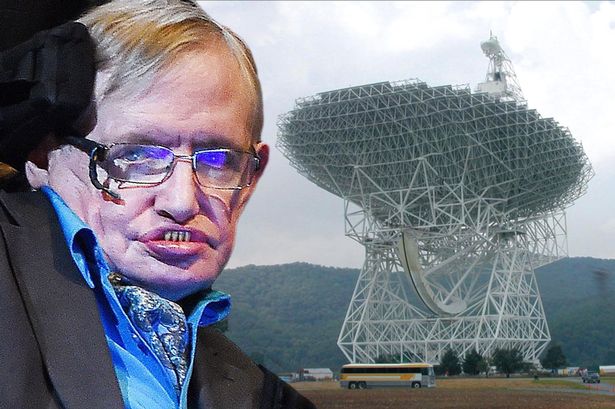 With all due respect to Hawking’s brilliance, that’s the best example of anthropomorphism I’ve ever heard.

In a Discovery Channel TV show, Hawking begins by pointing in the right direction, and then goes off in the wrong one. He says that we can do “field work” on extraterrestrial life right here on Earth.

But then he indicates that any intelligent life advanced enough to visit us would probably be, ipso facto, rapacious enough to wipe us out.

“To my mathematical brain, the numbers alone make thinking about aliens perfectly rational,” he said. “The real challenge is to work out what aliens might actually be like.”

The consideration of extraterrestrial life is so fraught with fantasy that I’m surprised Hawking would even hazard his thoughts on it. And expounding such philosophically simplistic notions doesn’t advance the question of terrestrial or extraterrestrial intelligence at all.

“We only have to look at ourselves to see how intelligent life might develop into something we wouldn’t want to meet. I imagine they might exist in massive ships, having used up all the resources from their home planet. Such advanced aliens would perhaps become nomads, looking to conquer and colonize whatever planets they can reach.”

An anonymous respondent on Yahoo asking is more apt:

“Due to the insecurity complex universally suffered by the human species, we model intelligence on our own stupidity. A species that is wise enough to live in harmony with its environment, such as whales and birds, is considered to be a dumb animal. To qualify as intelligent, a species must exploit its environment to the point of endangering other species on which the intelligent species depends for its own survival.”

Rather than draw an analogy with how European ‘civilization’ nearly wiped out Native American peoples and cultures, shouldn’t we ask: What is ‘intelligent life?’ Rather than extrapolating from the history of human division, conflict and conquest wouldn’t it be much more intelligent to define the salient characteristics of sentient life—science, technology, art and civilization–and then ask what sapient life is?

The fear of extraterrestrials attacking Earth and wiping out humankind is purely self-projected. If and when truly intelligent life is contacted (contingent probably on Homo sap becoming intelligent ourselves), they will undoubtedly say that one intelligent species attacking another is a cosmic absurdity.

Humans, who are destroying the Earth and humanity, don’t qualify as an intelligent species. And instead of doing a little self-examination, Hawking displays an astounding failure of imagination.

Let’s begin with the premise that the current state of human evolution is not the end of evolution in the universe. Further, let’s presume that the capacity for science and technology requires a brain in which ‘higher thought’ has evolved. And third, let’s simply acknowledge the fact that humans are making a royal mess of things on this planet.

Holding these three premises together in the mind, and standing still for a few minutes, there is this reasonable insight: Something greater is going on in the evolution of intelligent life than what we think of as intelligent life.

An axiom of not only neuroscience, but also science itself, is that “the human brain is the most complex object in the known 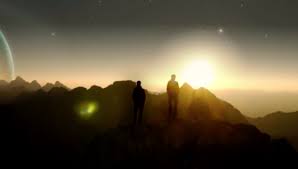 There is something at once mysteriously true and absurdly false in that statement. The absurdity arises from neuroscientists who don’t understand the human mind, and yet who believe that expanding their knowledge about the brain will give them insights into the human being.

To my mind, the fundamental question with respect to the human brain is this: Is there only mechanistic evolution in the universe, or does the emergence of a potentially conscious brain on this planet have greater cosmic implications?

My own view is that given the right conditions and enough time, the universe, through a continually creative process of directional randomness, produces brains capable of symbolic thought, which produces quasi-consciousness.

Since ‘higher thought’ is an inherently separative mechanism however, it ineluctably generates the levels of man-made division and fragmentation we now see on Earth. The resolution of that crisis requires a psychological revolution.

At this point, most philosophers and scientists would say that I’ve waded into the tar pit of teleology. But to question whether the universe has a general direction is very different from believing that it has a specific end, or a designer-created beginning.