A young but full-grown deer ambles down and stands in the middle of the stream 30 meters away, drinking and munching on overhanging leaves. An hour later, as a mallard couple preens in the shallows at the same spot, there is a sudden, violent and unpredicted shift in the weather. 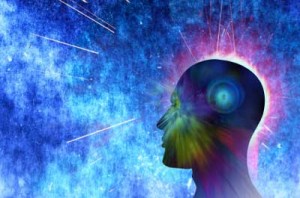 Perfect, summer-like conditions—calm, sunny and hot–prevailed for an hour at the relatively secluded spot in the parkland along the creek in town. But just as the mind quieted and the heart opened, the meditation ended in a tempest, with gray clouds and high winds bringing new leaves and old branches down around me.

I felt the change at the same moment the ducks did, but while they took off and flew upstream, squawking as the winds picked up, I stayed put for a while longer. In a state of negation the fury of nature felt non-coincidental and metaphysically meaningful somehow. Especially since I’ve been feeling lately that the crisis of human consciousness has become total.

After all, though human consciousness operates in the illusion of separateness, we are still inseparable from nature, from which all life arises.

As I walk out, I pass two mothers with young children playing on a little strip of sand (the only ‘beach’ in Lower Park) as if nothing was happening. Reaching the park road, which was already strewn with debris, I pass a couple on bikes, smiling and talking as if it’s the same serene Sunday afternoon it was an hour earlier. Both add to the surreal feeling of the gale.

On the quarter mile walk back to the car, I go by a line of huge old valley oaks, two or three of which had to have been growing when only Native Americans lived here. Their upper branches are whipsawing in the wind, but the massive trunks evoke strength beyond all knowing. 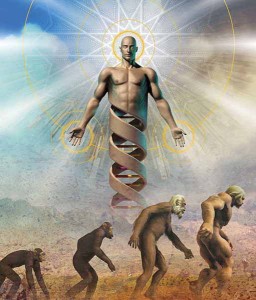 the land, turning the fertile soil into almond orchards and rice paddies amongst other cash crops, harvested acorns. Every year the Machoopda Maidu Indians would clear the debris and burn the grass around the valley oaks, and thank the trees for their bounty.

How far from nature we have grown, and yet call ourselves civilized! To have a relationship with nature is the first thing, and it doesn’t make one a ‘nature worshipper.’

Organized religion is in its death throes all over the world, and reason and science, the stunted and stultifying offspring of ‘The Age of Enlightenment,’ cannot replace them. As Einstein said, “Science without religion is lame, religion without science is blind.”

That doesn’t mean he had any affinity for religious beliefs, which he referred to as “childish superstitions.” But neither did atheism hold any appeal for Einstein. Indeed, the lack of humility of atheists offended him.

In later years, Albert referred to a “cosmic religious feeling” that permeated and sustained his scientific work. And in 1954, a year before his death, he spoke of wishing to “experience the universe as a single cosmic whole.” That’s a great intent, but it can’t be attained through science.

To do so, you have to give energy and time each day to spontaneously bringing about a state of negation, and awaken the timeless within the brain. That’s the art and action of meditation.

Most thoughtful people want to have a quieter mind, and that is certainly necessary to function more peacefully and harmoniously in one’s life and work. However, experiencing the universe as a single cosmic whole goes immeasurably beyond that, though I’m convinced that anyone can.

The first thing to realize is that it isn’t a matter of ‘quieting my mind,’ but quieting the mind. One has to remove ‘my’ from one’s language and thinking as much as possible.

Identifying with the activities of thought prevents the unwilled and unseen gathering of the requisite energy of attention that halts the movement of thought/emotion, which is the shadow of the past and the prison of time. 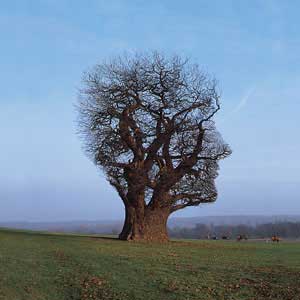 It’s also crucial to grasp that there is no method to meditation. All methods are devised by thought, and since they are constructs of thought, methods of meditation can only sustain thought and hypnotize the brain.

Initiating meditation is essentially a matter of observing without the observer, which begins the moment the brain as a whole catches the mind-as-thought in the act of dividing itself off from itself as the observer.

This is a difficult concept to intellectually understand, and much more difficult to actually employ. But if one gives priority to sensory input while playing with observation, the separative mechanism of the observer/self reveals itself and ends. Then there is watching without the watcher, and the busy, associating mind falls silent.

Sitting in a relatively quiet place for the simple joy of it, listening deeply and enjoying the songs of the birds and the voices of the people, feeling the breeze on your skin and looking anew at the foliage and flowers of spring, the senses grow more acute.

Then you’ll notice that there’s always an ‘I’ observing and thinking, and that observation seems to originate from this center. But what is it? It is nothing, just the movement of thought habitually splitting itself off from itself.

Observation cannot initiate a state of negation (that is, a meditative state) without ending the divisive mechanism of the observer. That means as long as ‘I’ am trying to meditate, or making a goal of it at any level, true meditation cannot ignite.

The brain has the capacity to observe without an observer. Indeed, the observer is a fiction, an illusion of the highest order. We don’t see it as such because the observer and the self continually conceal themselves within the overall mechanism and movement of thought.

In actuality, there is only a single movement of thought/emotion. Watching without division, it effortlessly and spontaneously falls silent. Wonder, reverence and love arise from the ground of silence and emptiness.

The Real Ruler of CR Coming in June (China)

The New Google Maps Is On The Horizon